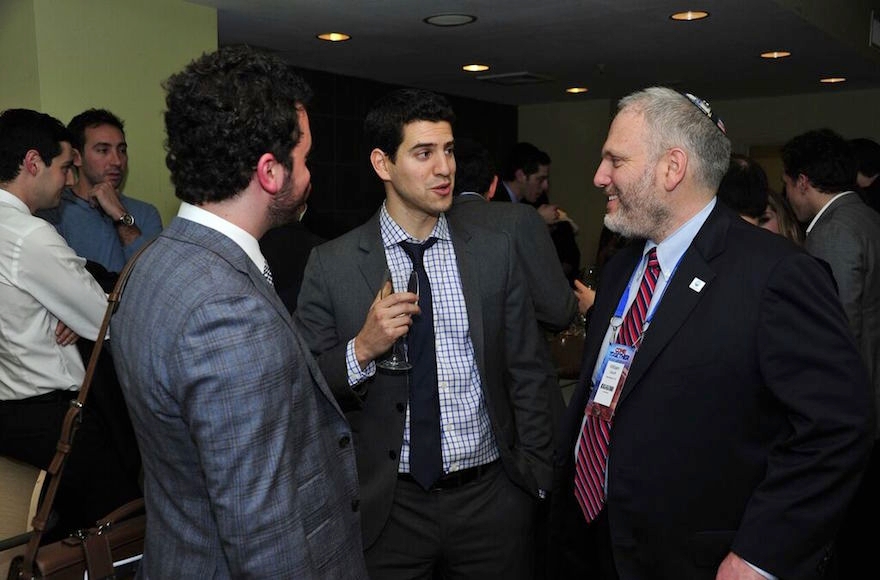 In this undated photo Chanan Weissman, center, chats with William Daroff, right, who is currently the CEO of the JConference of Presidents of Major American Jewish Organizations. (Ron Sachs)
Advertisement

Chanan Weissman, formerly the spokesman for the Bureau of Democracy, Human Rights and Labor, worked there with Ira Forman, the envoy combating anti-Semitism.

Weissman, 32, replaces Matt Nosanchuk, who stepped down in March after nearly three years on the job.

“It’s a personal and professional honor of a lifetime to serve a president I so deeply admire and to work with a community I so intimately and proudly identify with,” Weissman said in a statement sent to JTA by the White House. “I’m looking forward to working with Jewish community leaders and lay people across the country in the months ahead.”

Weissman, a graduate of the School of Foreign Service at Georgetown University, has also worked at the Pentagon on Middle East issues.

He is from Baltimore, where he graduated from Beth Tfiloh, a Jewish community day school.

Nosanchuk is now at the State Department, in the Office of Religion and Global Affairs, where he works on engaging faith communities and the U.S.-Israel relationship.