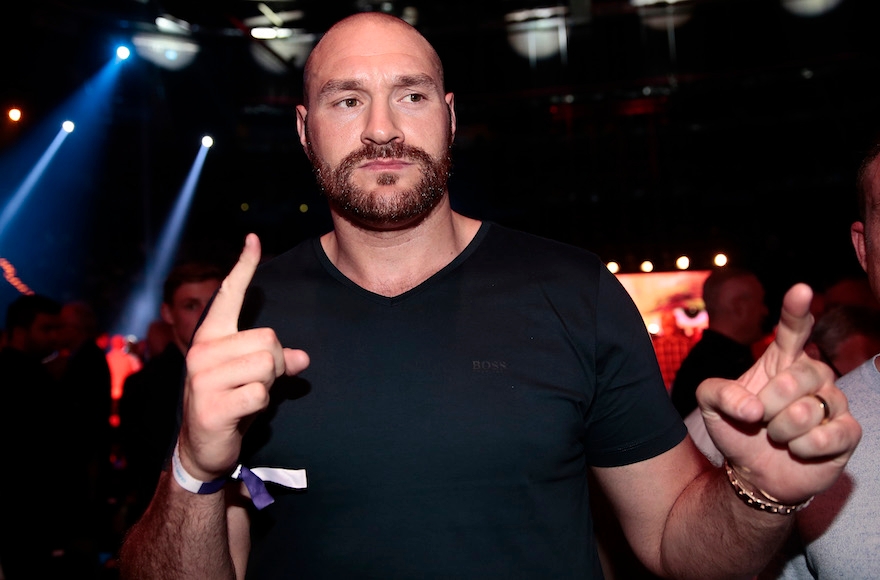 (JTA) — Tyson Fury, a British boxer and former world heavyweight champion, was filmed warning viewers not to be brainwashed by Zionist Jews, who he said own all banks and media.

The Campaign Against Antisemitism, a British watchdog group, said it is submitting a complaint to the British Boxing Board of Control against Fury over the video, which surfaced Friday on YouTube.

“Everyone just do what you can, listen to the government follow everybody like sheep, be brainwashed by all the Zionist, Jewish people who own all the banks, all the papers all the TV stations. Be brainwashed by them all,” said Fury, a practicing Catholic who will fight in July to regain his International Boxing Federation world title. He lost the crown last year due to a technicality after holding it for only 10 days.

“Tyson Fury’s statements about Jewish people are offensive and racist,” Jonathan Sacerdoti, director of communications at the Campaign Against Antisemitism, said in a statement.

“Just as anti-Semitism is being stamped out from [soccer], the same should apply to boxing. He should be barred from boxing and referred to the British Boxing Board of Control.”