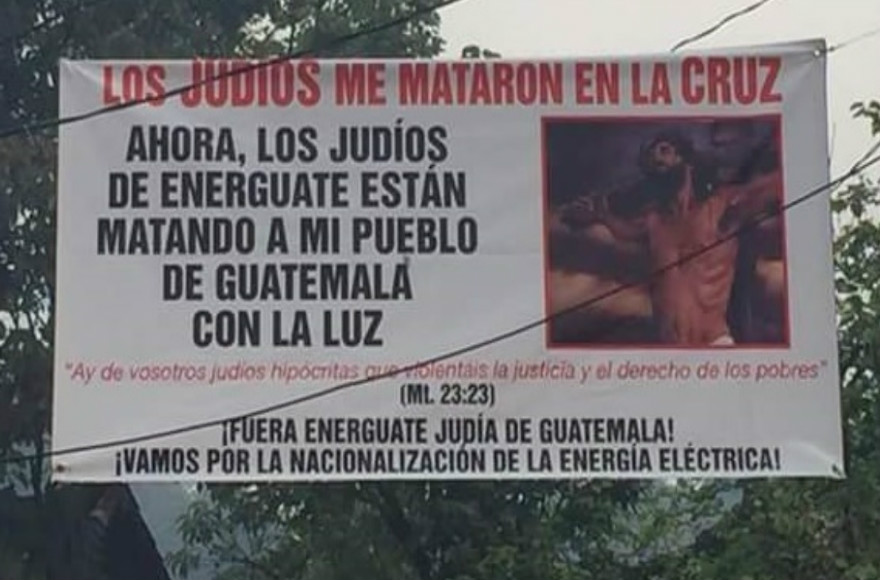 “Jews have killed me on the cross. Now Jews from Energuate are killing my people in Guatemala with the light,” read the Spanish-language banners and posters at the protests. “Out with Jewish Energuate from Guatemala. Let’s unite for the nationalization of power electricity.”

The anti-Semitic material also included an image of a crucified Jesus and a New Testament passage about hypocritical “teachers of the law and Pharisees” neglecting justice, mercy and faithfulness.

An article on the website of Redes Cristianas, or Christian Networks, defended the use of an anti-Semitic tone in the protests.

Last week, protesters picketed and blocked 28 major highways in Guatemala. Vice President Jafeth Cabrera said “such blockages are a regression in the development of Guatemala.”