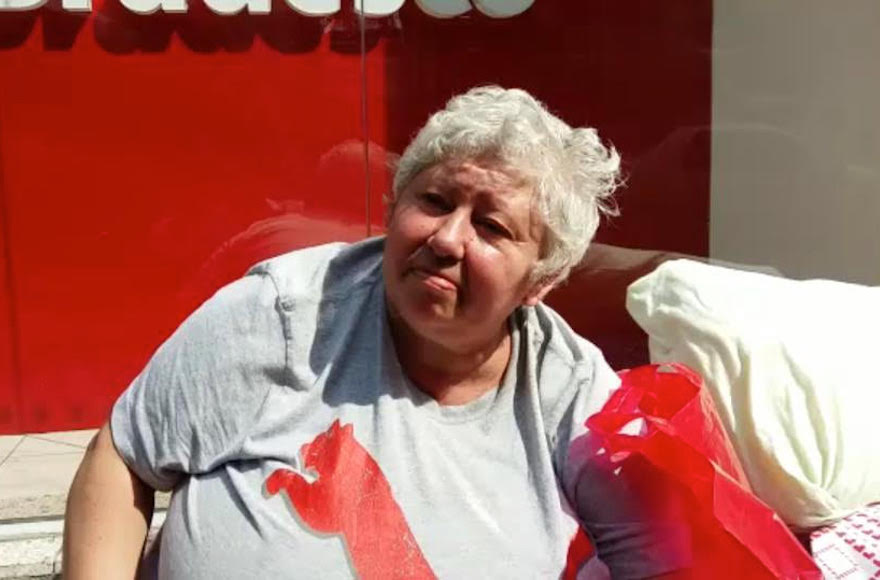 RIO DE JANEIRO (JTA) — A homeless Israeli woman was taken to an old person’s home thanks to a rapid response by the local Jewish community initiated on Facebook.

Olga Babaev, 56, approached Ilana Chafir Cohen, a volunteer at Rio Jewish organizations, on Tuesday and asked her for money in accented English. Upon learning Babaev was Israeli, Cohen put out a call through a Jewish Facebook group called Amigos that has over 5,000 members. The posts include photos and video interviews of Babaev.

Babaev had been living on the streets of Rio since soon after she came to Brazil on April 13. She had been seen begging for money near a Jewish day school called Liessin in the Botafogo neighborhood. She was resistant to answering questions about her situation, but Cohen managed to get through to her.

“She chose Brazil for our fame of being a country with a warm welcome and no prejudice,” Cohen told JTA.

On seeing Cohen’s Facebook posts, Hebraica Jewish club president Luiz Mairovich allowed Babaev to stay overnight at the facility on Wednesday, where she received hygienic care, clothing, food and a bed. She was taken Thursday to União Lar da Amizade, an old person’s home owned by Rio’s largest synagogue, the 1,000-family Reform temple ARI, where she will stay starting that night.

“We could never leave a Jew on the street. It’s about giving dignity to a human being,” Mairovich told JTA.

Born in Azerbaijan, Babaev reportedly made aliyah in 1991. She said she had suffered discrimination as a presumed Russian immigrant in Israel and moved to France before coming to Brazil. After two weeks in a Rio hostel, Babaev ran out of money and was forced onto the streets. Welfare workers took her to a public shelter, but she soon left. She used an ATM booth as refuge from the recent cold weather.

Babaev has no family in Israel and a history of homelessness, according to Israeli sources. Her future plans are unclear.