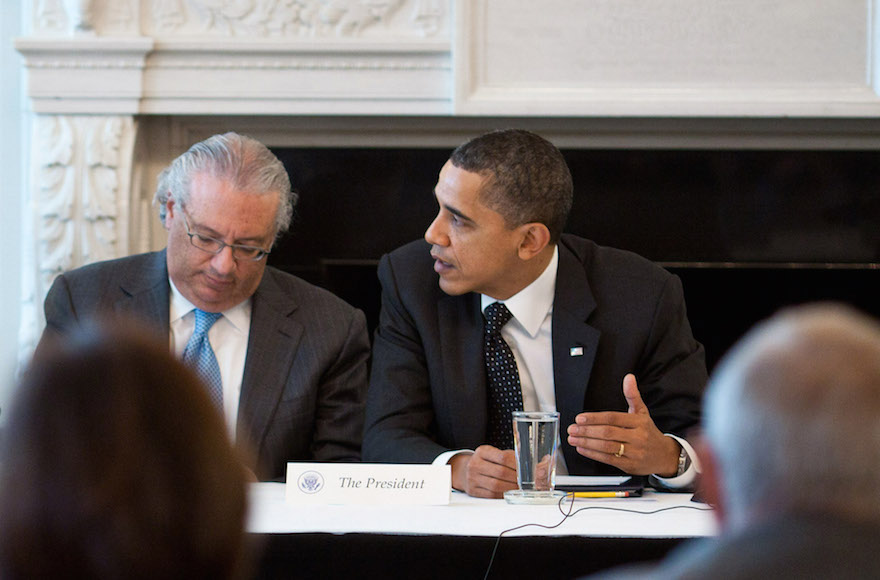 WASHINGTON (JTA) — In a rare and sharp split with Israeli government policy, a group of Jewish community leaders wants to get a proposal for a two-state solution to the Israeli-Palestinian conflict on the next president’s desk.

Two complementary U.S. and Israeli working papers to be launched next week propose immediate actions Israel can take to prepare the ground for two states and a longer-term security structure that aims to satisfy Palestinian ambitions for sovereignty and Israeli security needs.

Elements of the proposals, including relocating settlers and preparing for Palestinian sovereignty in Jerusalem, are radical departures from the policies of Prime Minister Benjamin Netanyahu’s current government, perhaps the most right wing in Israeli history. Tactically, getting the next president to kick-start new talks is also anathema to Netanyahu, who regards outside pressure as counterproductive.

The organization behind the push, the Israel Policy Forum, is not new to such initiatives. It was established in the early 1990s at the behest of then-Israeli Prime Minister Yitzhak Rabin, who went over the head of what was then a hawkish pro-Israel establishment to seek U.S. Jewish backing for his peace talks with the Palestinians.

This time, however, the party doing the reaching over is not the Israeli prime minister but Jewish community heavyweights who have helmed major Jewish organizations, from the Conference of Presidents of Major American Jewish Organizations to the Anti-Defamation League.

In the last 18 months or so, the Israel Policy Forum has signed to its board Alan Solow and Robert Sugarman, past chairmen of the Presidents Conference, the Jewish community’s foreign policy umbrella group. Sugarman also is a past president of the ADL.

On board, too, are Robert Elman and Robert Goodkind, past presidents of the American Jewish Committee, and Susie Gelman, a past president of the Jewish Federation of Greater Washington and an early major funder of The Israel Project. Solow, Sugarman and Gelman, with Israel Policy Forum staff, met last week with JTA.

The Israel Policy Forum has never disbanded, but the new heavyweights represent the kind of clout it hasn’t seen in years. 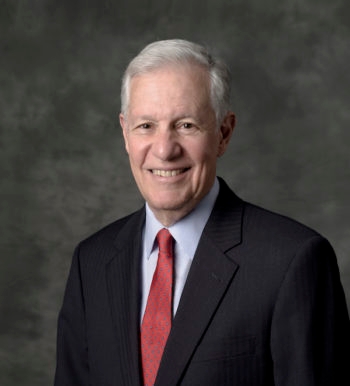 The initiative will formally launch at a conference here on May 31, showcasing proposals for resolving the Israeli-Palestinian conflict from veterans of the Israeli and American diplomatic establishments — represented by Commanders for Israel’s Security and the Center for a New American Security, respectively.

Mainstream Jewish groups have long been resistant to openly challenging Israel on security issues. Solow said that was less of a consideration in Israel’s volatile political climate.

“One doesn’t know what Israel’s government is going to look like in a week,” he said.

READ: How the 2016 election is upending pro-Israel orthodoxies

Solow also noted the stasis following the collapse of the last round of Israeli-Palestinian talks in 2014 that has driven Democrats to criticize Israel more freely as they see the prospects of two states diminish.

“Taking on the perspective from those in the pro-Israel community, the only reasonable Zionist solution is to have two states for two people,” Solow said.

Both likely presidential nominees, Republican Donald Trump and Democrat Hillary Clinton, have said they would like to address Israeli-Palestinian peace.

“Every time a new administration comes into office, these issues get a fresh look, that’s a historical fact,” said Solow, probably the Jewish leader who has been closest to President Barack Obama.

The board members lend the initiative political clout in an election year in which much media attention on pro-Israel voices is focused on Republican mega-donors such as casino magnate Sheldon Adelson and hedge funder Paul Singer, who have sharply hawkish outlooks. Adelson, who endorsed Trump this month — reportedly to the tune of $100 million plus — is often depicted in the media as the bellwether of the “pro-Israel” donor class.

READ: Hillary Clinton’s foreign policy advisers are exactly who you’d expect them to be

Adelson is close to Netanyahu and has called a Palestinian state a “steppingstone for the destruction of Israel and the Jewish people.” He broke with the American Israel Public Affairs Committee in 2007 when he discovered it was tacitly backing then-Prime Minister Ehud Olmert’s peace initiative.

While Trump says he is eager to see if he can bring about a two-state solution, most of the Republicans he defeated had all but abandoned the idea in the near term — a skepticism that still prevails among congressional Republicans. 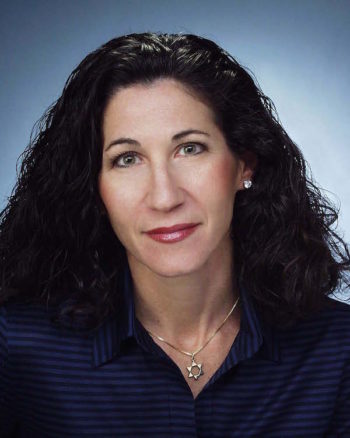 David Halperin, the Israel Policy Forum’s director, said he had secured meetings with Republicans to discuss the project, but with more difficulty than he had with Democrats.

“In the current political climate, we would like to make this more bipartisan,” he said.

So is this initiative, at least in part, about making it clear that the pro-Israel buck does not start and stop in Adelson’s suite at his Las Vegas Venetian?

“You’re not going to get disagreement from us,” Sugarman said.

Solow said the polling demonstrates that the “overwhelming number of American Jews support the position we’re taking.” The fact that members of the IPF board have held significant leadership roles in American Jewry “will provide additional credibility” to the initiative, he said.

The Israel Policy Forum is planning private and public presentations for Jewish community leaders and members of Congress. The board members will be a key presence.

“We are the connector to the American Jewish community on all of this,” said Gelman, the incoming IPF chairwoman.

Sugarman said the plan for two states would couple with a robust and detailed effort to keep Israel secure, a commonplace posture in Israel — at least on the center and left — he said was missing from the American Jewish conversation. Much of Israel’s right now rejects the two-state solution.

“It’s never been pushed here the way IPF is pushing it,” he said. 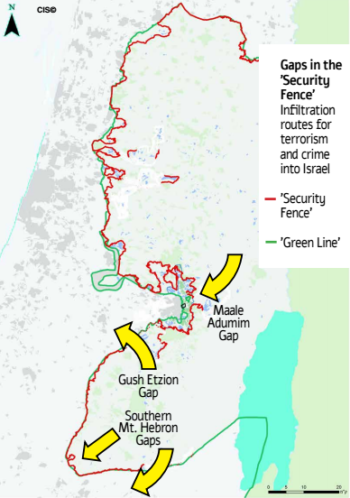 AIPAC in principle is in favor of peace talks between Israel and the Palestinians, but the prominent pro-Israel lobbying group would never consider getting ahead of the Israeli government in advancing how to define two states as these plans do. For J Street, the organizing principle is two states, and since its 2008 founding the more liberal lobbying group has made inroads among Democrats. But its tough criticisms of Israel have alienated the same Jewish institutions that the IPF board members have on their resumes.

The emphasis of the proposals is on preparing Israel psychologically, politically and militarily for two states while countering what the authors of the Israeli plan describe as “fear mongering” from those who oppose Palestinian statehood.

Israel “must seize the initiative to determine its destiny and shape a better future for our and our neighbor’s children,” the 67-page Commanders for Israel’s Security plan says. “There is no exclusively military solution to the conflict or to waves of terror.”

The Israeli team’s proposals include, among other recommendations for immediate action, a settlement freeze, encouraging settlers who live outside the West Bank security fence to move back inside its perimeter and setting up a precursor for Palestinian sovereignty in predominantly Arab neighborhoods of Jerusalem.

The Center for a New American Security proposals to be unveiled May 31 will focus on the long-range security underpinnings of a peace plan.

“We want to make sure that there are real tangible plans out there, that there are options to deal with security,” said Michael Koplow, policy director for the Israel Policy Forum.