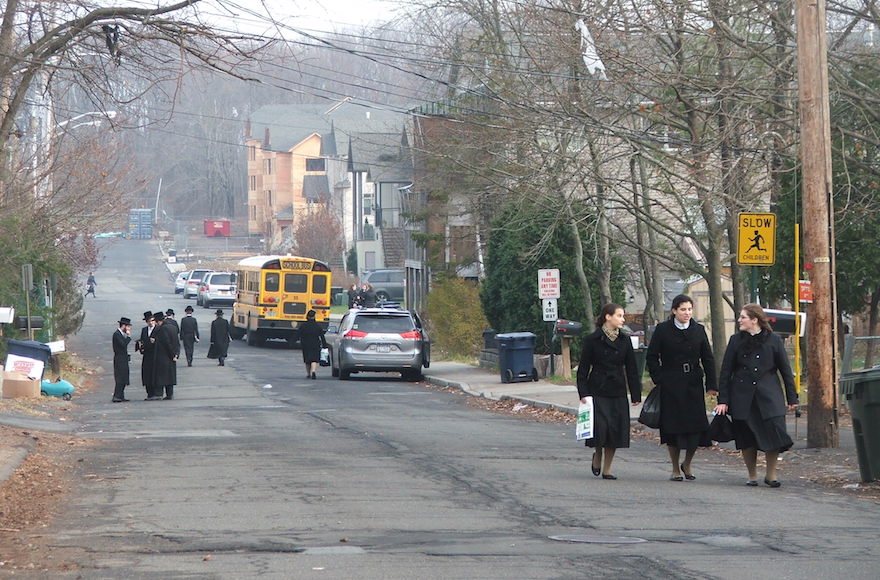 Rockland County, New York -- home to New Square, an all-Hasidic village, above -- has the highest concentration of Jews of any county in the country, according to a 2020 survey released July 8, 2021. (Uriel Heilman)
Advertisement

NEW YORK (JTA) — An employee of a Rockland County Hasidic grand rebbe has been arrested and charged with secretly taking photos of couples having sex in a New Jersey motel.

Nachman Breier, a driver and former chef for Skverer rebbe David Twersky, was arrested Monday night in Fort Lee, New Jersey, on a charge of third-degree invasion of privacy, the Journal News reported.

Breier, 54, lives in Spring Valley, near the New Square headquarters of the Skverer movement, with which he affiliates.

Citing New Square residents, the Journal News reported that Breier was Twersky’s cook for more than two decades and continues to drive the grand rebbe to special events. Twersky has led the Skverer sect since 1968, when his father, Grand Rabbi Jacob Twersky, died.

Breier was arrested for alleged activities at Fort Lee’s Skyview Motel, but he is suspected in several other voyeurism cases, police officials said.

Breier did not respond to the Journal News’ requests for comment.