Teenage mom in Israel says she was harassed while breastfeeding 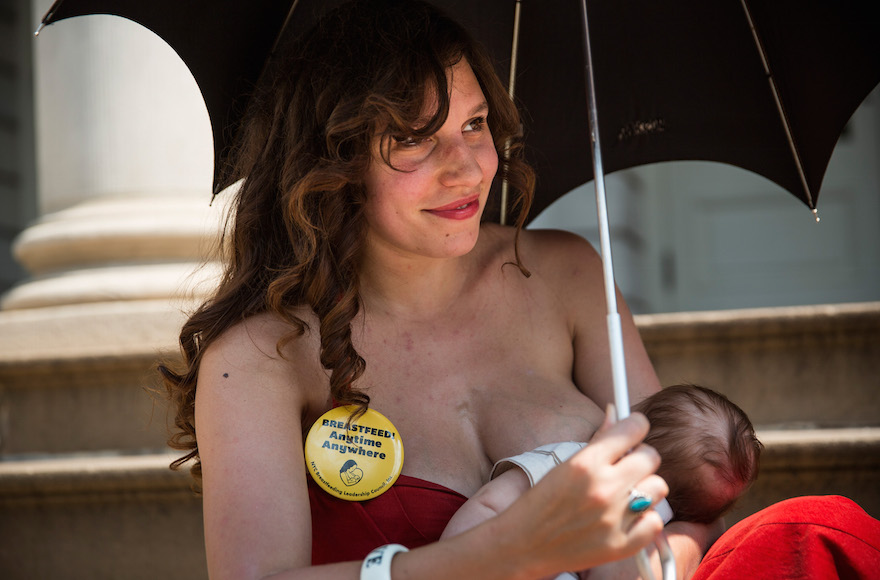 (JTA) — A teenage mother in Israel said she was harassed and assaulted while breastfeeding her baby at a municipal building in Ashdod.

The alleged victim, a 17-year-old woman identified by Israel’s Channel 2 only as A., called police on Sunday to the Kidum Noar facility for youths in Ashdod where she is studying for a matriculation exam in Hebrew, an Israel Police spokesperson confirmed to the television channel Wednesday.

A. took her baby with her to Kidum Noar because she could not get a babysitter in time for a preparatory lesson ahead of a major exam, she said. According to her account, she was feeding the baby in an empty classroom when a young religious woman working there as a counselor began shouting at her to stop. The woman placed a scarf over the mother and baby against the mother’s wishes, she told police.

The mother also said the counselor touched the baby and ignored the mother’s demands to refrain from doing so. The baby began to cry because he was frightened by the altercation.

Two other women arrived and one of them told A., a Russian-speaker who immigrated to Israel three years ago, that she was behaving “like a swine,” according to the mother’s account. Several teachers also joined the exchange in a manner which A. described “was designed to make me feel ashamed.”

When police responded to A.’s emergency call, a male police officer warned her that she would be fined for filing a false complaint if she called police again in such circumstances. He allegedly told her: “I’m disgusted at what you’re taking out of your shirt.”

Breastfeeding in public is legal in Israel, though some, including many religious Jews, feel it is offensive. In 2013, a lawmaker for the Meretz party submitted a bill which would impose heavy fines on any individual found guilty of harassing a woman over breastfeeding. It has not passed yet into law.

Ligat La Leche, a nonprofit defending the right to breastfeed in public in Israel, condemned the treatment of the young mother by Kidum Noar’s staff and police.

“We are horrified by this mistreatment of a breastfeeding mother, with backing from the staff and police,” the organization wrote on Facebook Monday.

Separately, a breastfeeding woman was told to leave a clothing store this week at a shopping mall in Ramat Gan, Channel 2 reported.