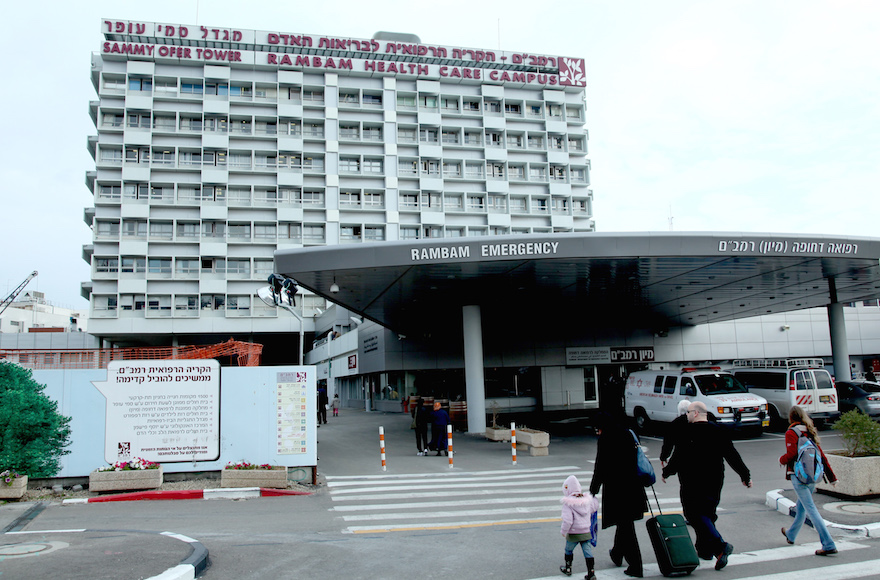 (JTA) — IBM Watson Health and Medtronics are teaming up with an Israeli hospital to create a high-tech “incubator” to encourage innovations in digital medicine.

Rambam Health Care Campus in Haifa announced the partnership, to be called “MindUP,” on Friday. Funded by the the Israeli venture capital firms Pitango and Impact First, the incubator is to be housed at the Haifa Life Sciences Technology Park in northern Israel.

MindUP will eventually be home to some 40 start-ups, according to the release from Rambam, in a field that includes telemedicine, cloud computing, wearable and implantable diagnostic sensors and information technology systems for hospitals.

“Digital medicine draws from a broad range of technological fields, and Israel excels in virtually all of them,” Rafi Beyar, director general of the the Rambam Health Care Campus, said in a statement.

IBM and Medtronic won an economic stimulus grant last year from the Israeli government to launch the incubator. In announcing the grant, Israel’s Economy Ministry said budgets for incubators range from $500,000 to $800,000, with the grant covering 85 percent of that amount. The start-ups pay royalties until the grant is repaid, according to a website for the program.