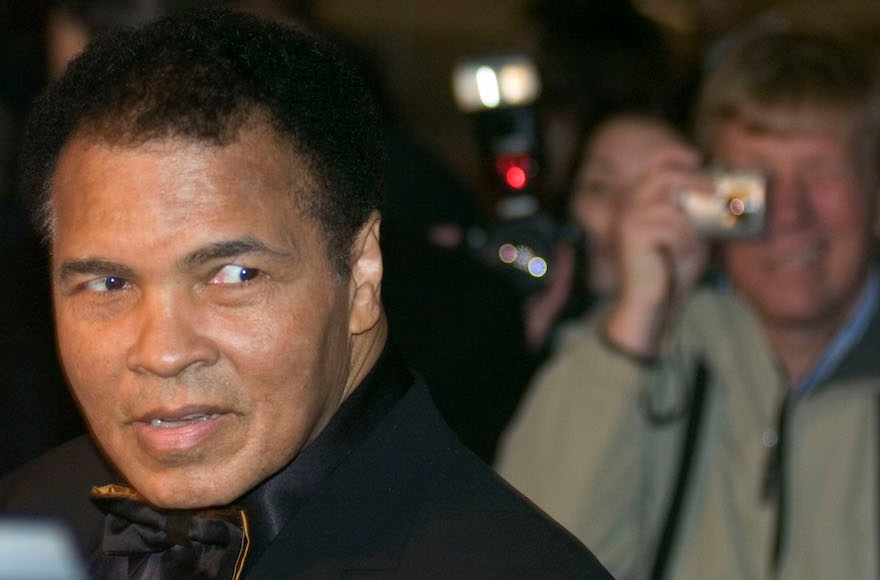 LOS ANGLES (JTA) — When Wall Street Journal reporter Daniel Pearl was kidnapped by Islamic extremists in January 2002, the most famous American Muslim of the day, Muhammad Ali, pleaded publicly for his release and life.

“I appeal to you to show Daniel Pearl compassion and kindness,” Ali implored Pearl’s abductors, who would behead the journalist in Pakistan after nine days of captivity, although his fate would not be known for another three weeks.

“Treat him as you would wish all Muslims to be treated by others,” entreated Ali, who died Friday at 74. “Daniel should not become another victim of the ongoing conflict. It is my most sincere prayer that Daniel Pearl be permitted to return safely to his family. May Allah have mercy on us all.”

Pearl’s parents, Judea and Ruth, also asked Louis Farrakhan, leader of the Nation of Islam, to intercede with the abductors.

“Farrakhan said, day after day, that he wasn’t ready and when he was finally ready it was too late,” Judea Pearl, who was born in Israel, recalled Saturday.

By contrast, Pearl noted, “Ali did not hesitate a minute and issued a plea that only Satan could resist; it was published next day in Pakistan. Ali further called me by phone and insisted on being invited to the party once Danny was released.”

Instead of the anticipated celebration to mark the journalist’s hoped-for return, Ali and his wife were invited to attend the private memorial service on March 10, 2002 at the Skirball Cultural Center in Los Angeles.

At the service, which this reporter attended as a friend of Pearl’s parents, Ali walked in slowly, showing clear signs of the degenerative Parkinson’s disease that eventually contributed to his death.

But he brightened as Judea Pearl, a University of California, Los Angeles, professor, mentioned Ali’s intercession for his son and lauded the legendary boxing champion and social activist as “a champion of humanity.”

In memory of their son, Judea and Ruth Pearl have established the Daniel Pearl Foundation to support causes that inspired his life, including promotion of cross-cultural understanding and prevention of hate-based violence.

Muhammad Ali had up-and-down relationship with the Jewish world