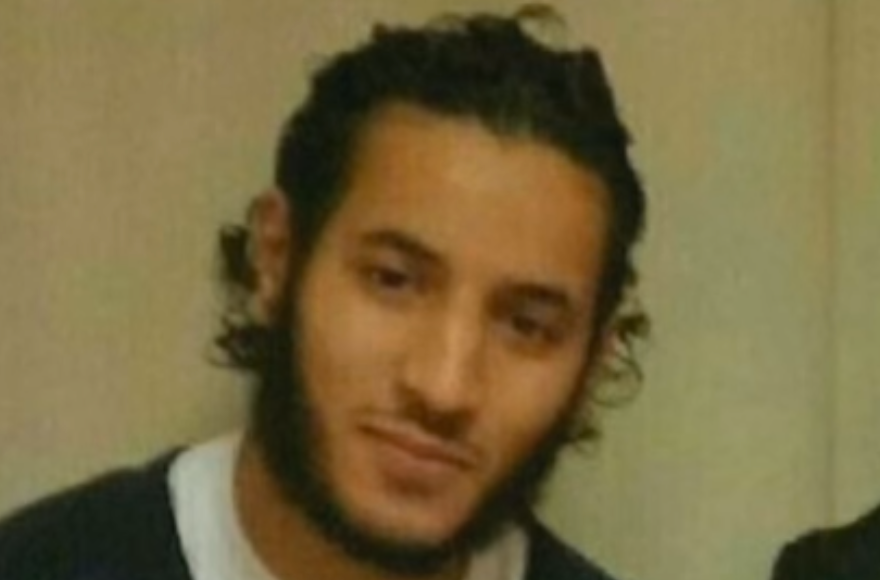 (JTA) — French Jews voiced outrage over the killing of two police officers, a husband and wife, at their home near Paris by an avowed fighter for the Islamic State group.

Francis Kalifat, president of the CRIF umbrella group of French Jewish communities, on Tuesday tweeted, “This barbarism must stop.” He also expressed solidarity with the family and security forces.

Jean-Baptiste Salvaing and Jessica Schneider were killed Wednesday evening in front of their 3-year-old son. The assailant, Larossi Abballa, live-streamed the horror on Facebook.

Abballa, 25, stabbed Salvaing nine times as the officer was entering his home in Magnanville. Abballa, who shortly before the stabbings said on Facebook he was a fighter for Islamic State, shouted “Allah is the greatest” in Arabic before the fatal attack, the French news agency AFP reported.

The assailant, who lived near the couple, entered the officers’ home and killed Schneider. Abballa then took the couple’s son hostage. Police freed the son and killed Abballa.

During the standoff, Abballa posted on Facebook a 13-minute live feed and photographed the bodies of the couple and their child while pledging allegiance to Islamic State commander Abu Bakr al Bagdadi. The video has since been pulled offline.

“I would like to express all forms of solidarity with the National Police and with the victims,” Kalifat wrote. “This barbarism must stop.”

French security forces have been watching Abballa for several months in connection to his ties to a Syrian branch of the Islamic State group, Radio J reported.

The A’maq news agency, which is affiliated with Islamic State, published on Tuesday details about Salvaing — namely his position as deputy head of a police station — which were not reported in French media at the time. French President Francois Hollande described the stabbing as “unquestionably a terrorist act.”

In a statement, CRIF linked the attack to the bloodbath in Orlando, in which an Islamist killed 49 people early Sunday morning, and the murder of four Israelis in Tel Aviv on June 8 by Palestinian terrorists.

“Days after the attacks in Tel Aviv and Orlando, this attack demonstrates yet again that the fight against Islamic terrorism is a global affair,” CRIF wrote in a statement.

Many French Jews regard attacks by Islamists and others on police and military as closely related to their own safety.

The Islamist who in 2012 murdered four Jews at a school in Toulouse gunned down three soldiers before he targeted the Jewish institution. The jihadist who murdered four people at a kosher shop in January 2015 also killed a police officer the previous day.

Following those attacks, approximately 12,000 military and police were posted outside Jewish institutions, where they are sometimes attacked. CRIF and other groups often stage gestures expressing their gratitude to security forces at community events, and regularly condemn attacks on them in the harshest terms.