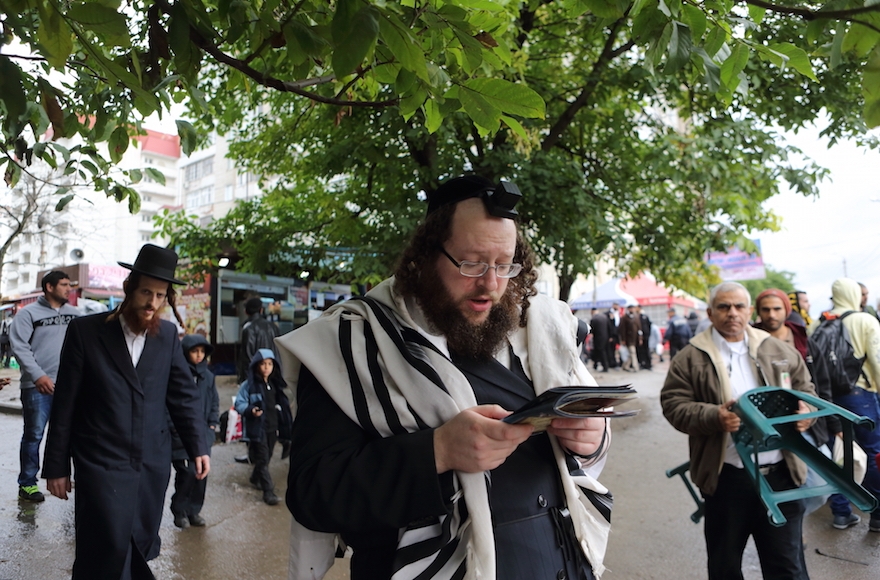 (JTA) — Ukrainian police detained two Israelis who triggered a brawl in Uman by shooting a local man in the face with a BB gun.

The man was hit in the nose and lightly wounded by the plastic bullet Saturday night. There were no serious injuries.

“The visitors were drunk and they thought it was a good idea to shoot from the window of their hotel room with a BB gun at passers-by,” Uman Jewish leader Shimon Buskila told JTA on Wednesday.

Dozens of angry locals began to crowd outside the hotel, drawing police as well as journalists and activists affiliated with the far-right Svoboda party, which has a history of inveighing against Jews in the city.

Tens of thousands of Jewish pilgrims visit the central Ukrainian city annually from Israel, the United States and Europe. They congregate there year-round and especially on Rosh Hashanah, because it is the final resting place of Rabbi Nachman of Breslov, an 18th-century luminary who called on his followers to be with him on the Jewish new year.

Rushing to the defense of the Israelis, who had holed up in their hotel room, a group of 20 Israeli Orthodox visitors confronted the crowd and one of them hit a police officer, causing no serious injury, said Buskila, who is a leader of a predominantly Israeli community of several hundred Jews who live permanently in Uman.

“I condemn this violence in the harshest terms. Not only is it repulsive, it is also a major problem for the permanent Jewish community of Uman,” he said. “Jewish visitors need to show the locals the utmost respect, even more than they show their environment back home, because they are guests here who need to show gratitude to their Ukrainian hosts, as we do.”

The two arrested Jews were detained for several hours and released. They may be prosecuted for assault, pending an investigation and the decision of Ukrainian police.

In April, a Ukrainian Jewish leader revealed that a hotel in Uman was refusing to accommodate Jews, citing an incident in which pilgrims caused damage to one of the rooms.

In recent years, Uman has seen several far-right rallies against the presence of Jews there. Street brawls between visitors and locals are not uncommon. In 2013, locals placed a cross near a river area where the Jewish pilgrims frequent to take ritual baths. Jews have said locals sometimes pepper the river bottom with broken glass for the bathers to step on.