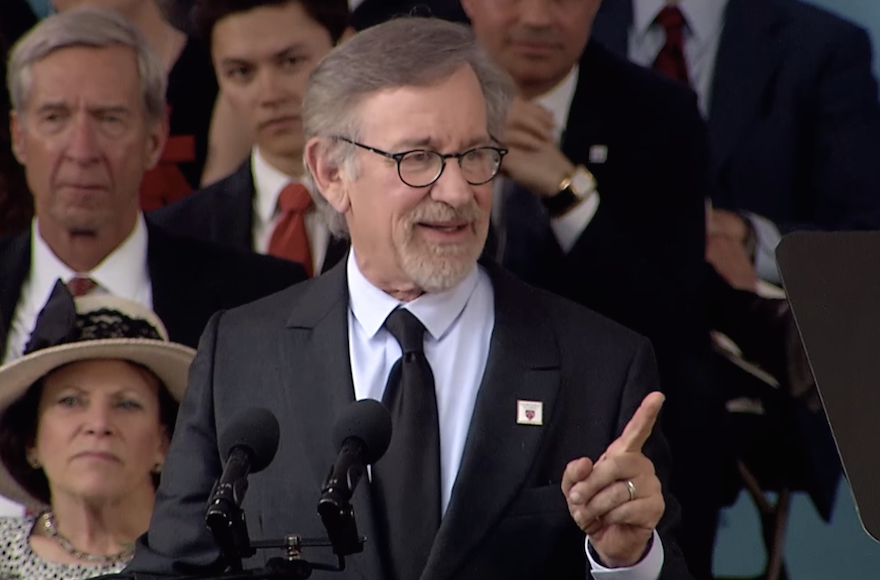 (JTA) — Award-winning director Steven Spielberg reportedly is working on a feature project about the late veteran newscaster Walter Cronkite and his role in turning American public opinion against the Vietnam War.

Spielberg would team up for the project with his “Bridge of Spies” crew – screenwriter Matt Charman and producer Marc Platt — Deadline first reported Tuesday.

Charman suggested the idea to Spielberg while they were garnering awards for “Bridge of Spies.” He reportedly is working on the script.

Spielberg, whose film “The BFG” is set to be released on July 1, is gearing up to direct a film about the struggle of 19th-century parents to regain their son who was forcibly taken to be raised as a Christian after secretly being baptized.

The script for “The Kidnapping of Edgardo Mortara” was written by the Tony Award-winning American playwright Tony Kushner based on the nonfiction book by Pulitzer Prize winner David Kertzer.

The 1997 book tells the story of a 6-year-old boy who was seized from his family’s home in 1858 after his baptism as an infant by the family’s serving girl. The family went up against Pope Pius IX, who took a personal interest in the boy, in their efforts to have him returned in a case that became an international cause celebre.

Spielberg, who is Jewish, “has been attached to this film for some time,” Variety reported.

Mark Rylance, who starred in “Bridge of Spies,” and won an Academy Award for best supporting actor, is set to play Pope Pius IX.