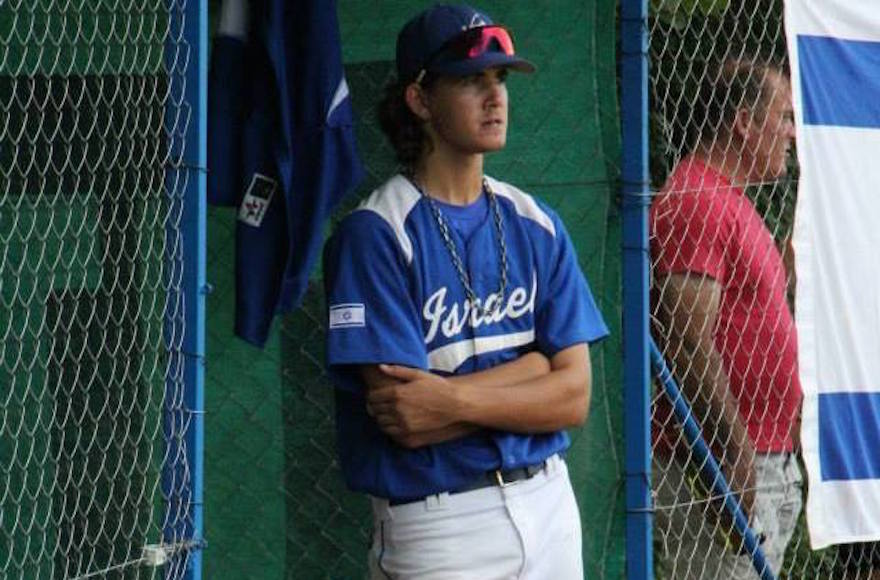 (JTA) — Dean Kremer, a right-handed pitcher, became the first Israeli to sign a contract with a Major League Baseball team.

The Los Angeles Dodgers signed Kremer, a 20-year-old Israeli American, on Tuesday after drafting him earlier this month in the 14th round.

Kremer, a native of Stockton, California, who was born to Israeli parents, became the first Israeli to be drafted by an MLB team last year when he was selected in the 38th round by the San Diego Padres. However, he did not sign with the team.

He transferred from San Joaquin Delta College to the University of Nevada, Las Vegas, where he went 4-5 with a 4.92 ERA in 12 starts.

Kremer played for Israel’s national baseball team for the past three years. He was named the European baseball championship’s most valuable pitcher each of the last two years and led Israel out of the tournament’s C pool into the stronger B pool last year.

“I was born here in the United States, but I go back and practically live [in Israel] for two months out of the year in the summer, so it’s definitely home,” Kremer told the Las Vegas Review Journal in February.

Kremer will play this summer for the Dodgers’ Rookie League team, the lowest of six rungs in the minors for the National League club, Haaretz reported.