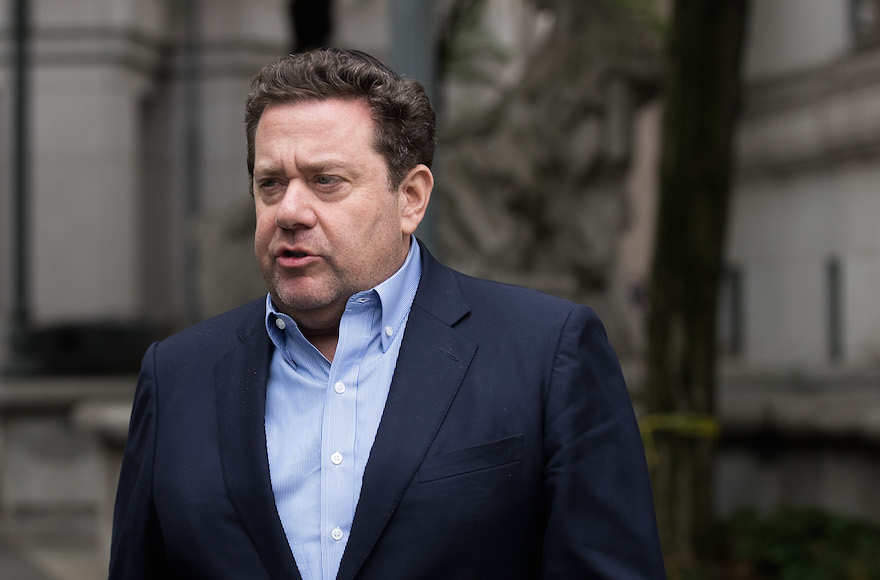 (JTA) — The New York City Council discontinued its funding for the Simon Wiesenthal Center’s Museum of Tolerance in the wake of the arrest of a museum trustee in a union kickback scheme.

The center had been expecting $500,000 for law-enforcement sensitivity seminars it runs, but the $82 billion budget approved by the City Council on Tuesday gave nothing to the center, which had received $655,000 over the past two years from the city, according to a report by CBS2.

The trustee — Murray Huberfeld, a hedge-fund manager — was arrested last week for allegedly raising $20 million from a New York City correctional officers union through kickbacks. A real estate investor who allegedly conspired with Huberfeld was also a contributor to the Wiesenthal Center and had helped secure city funding for its programs.

The Simon Wiesenthal Center noted in a statement that Huberfeld resigned from its board on June 15.

The City Council apparently got cold feet over the connections.

“Given some of the investigations and some of the recent news about certain things that have been happening with regard to some of the people that have been affiliated with it, the council decided it wasn’t prudent this year to be funding something with the center,” Council Communications Director Eric Koch said following the budget vote.

Federal prosecutors claim that Norman Seabrook, the head of the union that represents New York City correctional officers, invested $20 million of the union’s pension money in Huberfeld’s hedge fund, Platinum Partners. Huberfeld allegedly agreed to pay kickbacks to Seabrook. Both men have been charged with honest services fraud, and both are denying any wrongdoing, NBC reported.

A spokesman for Mayor Bill De Blasio said there will be no mayoral allocation for the center this year.

Huberfeld is acquainted through Jewish philanthropic circles with Jona Rechnitz, a Brooklyn real-estate investor who helped arrange the union’s investment in Platinum, The Wall Street Journal reported. Rechnitz has pleaded guilty to conspiracy in the case and is cooperating with federal investigators, The Journal reported.

Rechnitz had helped secure $655,000 over two years from the council to fund law-enforcement sensitivity seminars at the Simon Wiesenthal Center’s Museum of Tolerance, The New York Post reported in April. The Los Angeles-based center has a museum branch in midtown Manhattan.

Rechnitz and his wife donated $9,900 to De Blasio’s 2013 campaign — money the mayor said in April would be returned, the New York Daily News reported.

In a statement sent to JTA Friday, the center said: “At no time was the Simon Wiesenthal Center aware of any alleged unethical or illegal activities regarding our donors. The institution is vigilant and adheres to all city, state and federal laws.  We are conducting our own review and will determine if any further action is appropriate.”

The statement noted that the law-enforcement training program has been in place in New York since 2004, “long before Jona Rechnitz had any connection with the Museum of Tolerance New York.”

“There was no impropriety in receiving $655,000 from the City Council of New York.  Those funds were used to train front line Criminal Justice professionals and meticulously followed all lobbying laws and protocols of full disclosure to the City Council,” the statement continued. “We plan to continue to applying for funding in future for this highly praised and important training program, so that we can continue to provide this training to Criminal Justice professionals in New York.”

(This item was updated to include a response from the Simon Wiesenthal Center.)