Man from Argentina pays $680K for Nazi underpants, other memorabilia 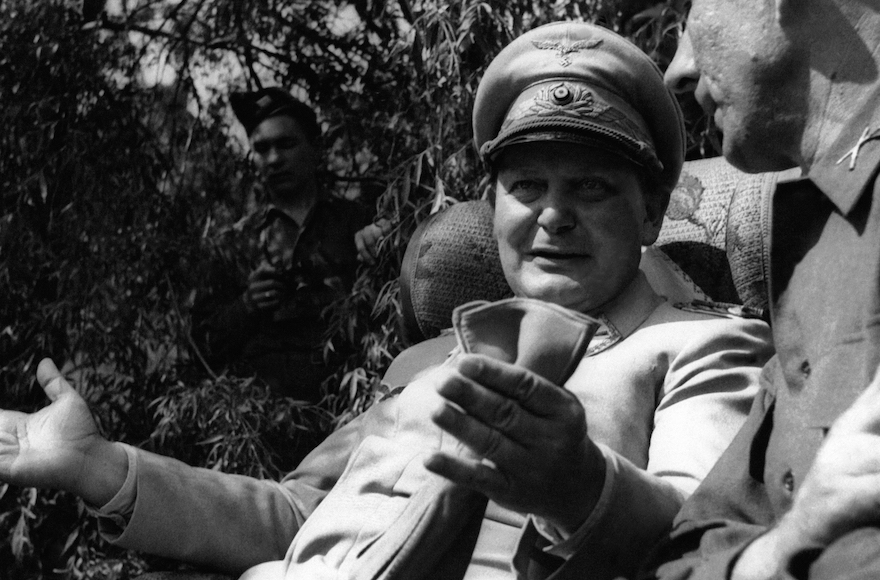 (JTA) — An unnamed buyer who said he comes from Argentina bought more than $680,000 worth of Nazi memorabilia, including underpants worn by Hermann Goering and a Hitler jacket for $312,000, at an auction in Germany.

The auction over the weekend at the Herman Historica International auction house in Munich also included socks belonging to Adolf Hitler, dresses that belonged to Hitler’s lover Eva Braun and the case that held the cyanide capsule that Goering, second in command to Hitler, used to take his life the night before he was scheduled to be hanged in 1946. Goering had been convicted at the Nuremberg trials on charges of war crimes and crimes against humanity.

The buyer purchased 50 items including the underwear, which went for $3,400, and the high-priced Hitler uniform jacket, the AFP news agency reported, citing an article in the German-language newspaper Bild.

The Bild reported that it sent an undercover reporter to the auction, since media are not permitted at the auction house’s events. It said the buyer used the moniker “888,” which has been known to stand for “Heil Hitler,” since H is the eighth letter of the alphabet, in order to bid on the items.

When asked for his identity, the man reportedly said in Spanish-accented English that he came “from Argentina” and bought the items “for a museum,” which was not named.

The memorabilia was part of a collection owned by John Kingsley Lattimer, an American doctor who served as a medical officer during the War Crimes Trials in Nuremberg, where he cared for the prisoners as well as members of the Allied forces staff. He collected many of the artifacts during his time at the trials, according to the auction catalog.

On its website,  Herman Historica International described itself as “a reputable, internationally renowned auction house for historical objects of all ages and countries.”

“We are perfectly aware of our responsibility for objects of contemporary German history and have always been committed to the utmost care and caution in acting as an intermediary for them,” it said.