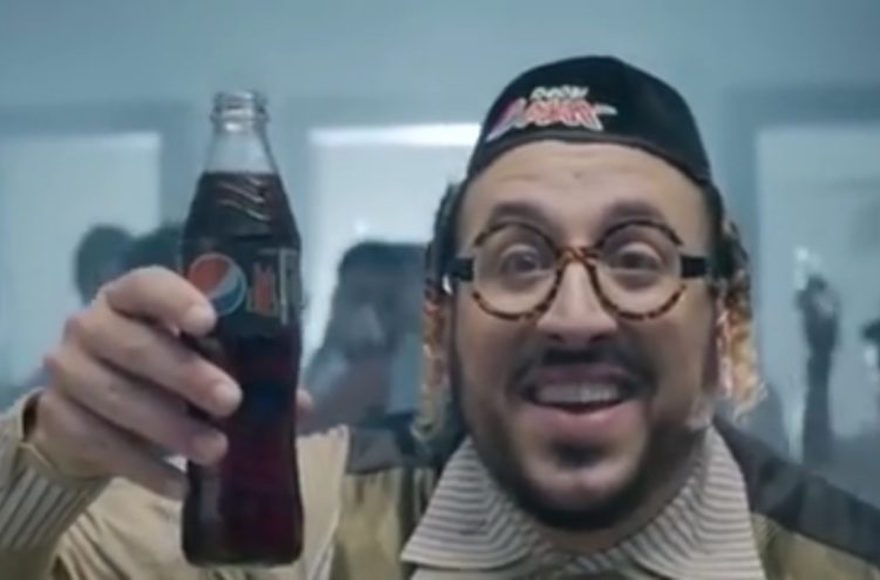 Lipa, who has broken with his Brooklyn haredi Orthodox community in supporting the State of Israel, recorded a minute-long Pepsi Max commercial blending Israeli culture with his own Yiddish roots that was published online Monday.

He quickly announced the launch of the “grandiose campaign” on Facebook.

In the spot, Lipa enters a classic Israeli eatery filled with haredi men. The cashier, with a knowing smile, offers Lipa trademark Israeli foods like schnitzel, shawarma and a mixed meat dish. Lipa rejects them all, leaving the cashier dumbfounded.

Lipa then sees a Pepsi Max cooler in the back of the restaurant. He procures an ice-cold bottle of the diet soda and drinks. Suddenly, a dance party breaks out. Lipa says, “Pepsi Max: That’s what I’m looking for,” and the commercial cuts to a slogan, “Top Heymish Food,” written in English. Heymish means something like “comfortably familiar” in Yiddish.

The commercial ends with Hebrew text inviting viewers to take a poll about their most heymish restaurant.

This is far from Lipa’s first foray into pop culture. He’s been called the “Hasidic Lady Gaga,” and has deviated from his traditionalist community in founding a synagogue called The Airmont Shul in upstate New York, where he welcomes all comers regardless of religious observance. He is also studying for a degree at Columbia University.

A few weeks ago, he sang with a lesbian Israeli composer.

Lipa’s dress can also at times be unorthodox. He’s known for his vast collection of glasses, and often wears colorful shirts and vests. In the ad, of course, he wears a kippah embroidered with the Pepsi Max logo.