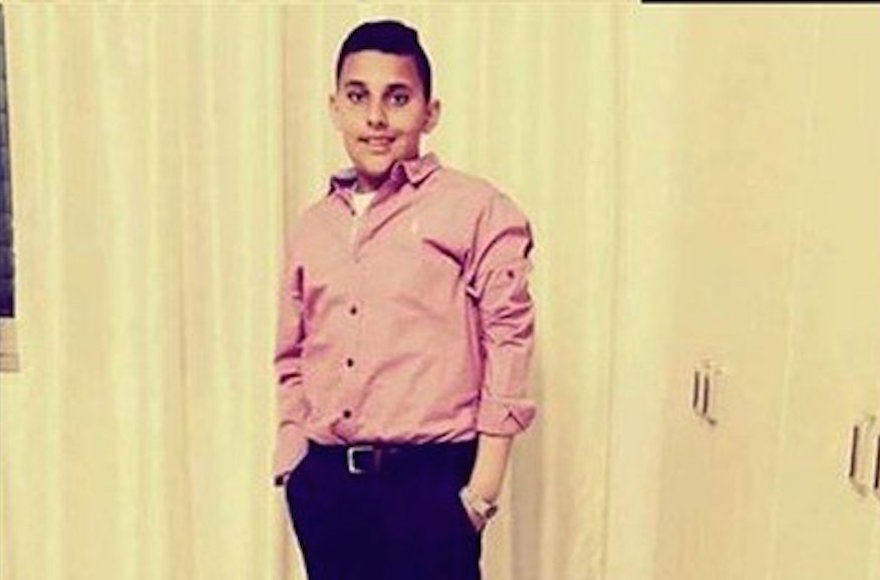 JERUSALEM (JTA) — Israeli soldiers shot dead a Palestinian teenager and wounded several others whom they wrongly thought were involved in a rock-throwing attack, the Israel Defense Forces said.

The military said it was investigating the incident, which happened early Tuesday morning outside Jerusalem.

The Palestinian news agency Maan identified the killed teen as Mahmoud Badran, 15, from the nearby village of Beit Ur al-Tahta. Four others were injured, Maan reported.

The soldiers were responding to the rock-throwing attack. An Israeli man and two foreign tourists were injured when rocks hit their car traveling near Jerusalem on Route 443, one of the main arteries between the capital and Tel Aviv. Several cars were damaged in the attack.

The army initially said those shot by soldiers were involved in the attack, but later said none of them were.

The Palestinian Authority’s Foreign Ministry called the incident an “execution.”