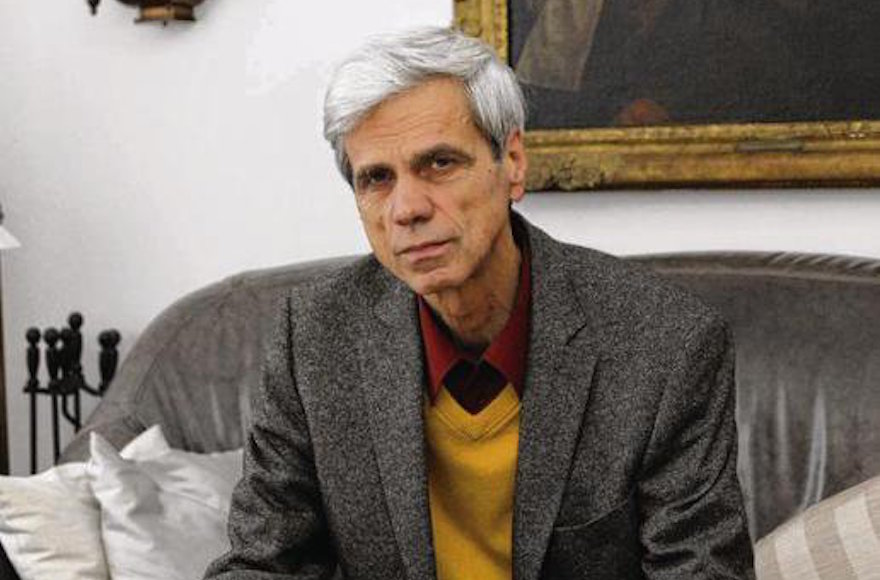 BERLIN (JTA) — A right-wing lawmaker in Germany accused of anti-Semitism in his writings has avoided being expelled from his party, at least for now.

Wolfgang Gedeon will remain a voting member of the Baden-Württemberg state parliament with no party affiliation after temporarily waiving his rights on Tuesday to represent the anti-immigrant Alternative for Germany following a lengthy meeting with party leaders.

The leaders decided to postpone a decision on removing the lawmaker until after Gedeone produces an expert opinion on writings over the years in which he referred to the Holocaust as a “civil religion of the West,” called the Holocaust memorial in Berlin “a memorial to certain crimes,” and referred to Holocaust deniers as “dissidents.”

The party reportedly will reconsider the matter in September.

Gedeon, a medical doctor by profession and member of the state parliament since March, also has admired “The Protocols of the Elders of Zion,” calling the 19th-century anti-Semitic hoax a “brilliant concept of domination,” according to the Die Welt newspaper.

Minimizing or denying the Holocaust is illegal in Germany.

A spokeswoman for the state parliament, Bettina Schreitmueller, told JTA that Gedeon remains in the legislature and can attend all meetings as well as present queries in writing. He cannot speak in a plenary session unless his faction asks him to do so, which is unlikely, according to Schreitmueller.

Speaking to the German media on Tuesday, Baden-Württemberg Gov. Winfried Kretschmann of the Green Party called Gedeon an “obvious anti-Semite” and said he expected the lawmaker would be ostracized.

Gedeon told reporters that he had acted in order to avoid splitting the party. The head of his faction, Jörg Meuthen, had warned he would step down if Gedeon were not expelled and said no expert opinion would likely change his mind.