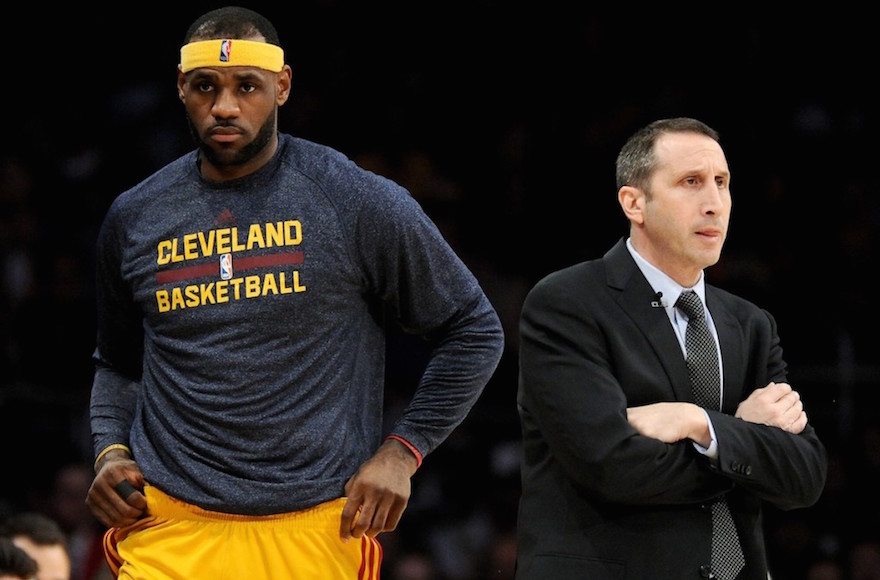 JERUSALEM (JTA) — An Israeli lawmaker reportedly has written to the Jewish owner of the Cleveland Cavaliers asking him to give a 2016 NBA championship ring to David Blatt, the team’s former head coach.

Nachman Shai of the Zionist Union party sent the letter Tuesday to Dan Gilbert, The Jerusalem Post reported, in his position as head of the Knesset caucus on U.S.-Israel relations as well as a caucus on strengthening the Jewish world. Blatt was fired in January.

“I want to wish you mazal tov on your success in bringing a long-awaited championship to the great city of Cleveland and its wonderful people,” Shai wrote. “We in Israel were proud of the achievements of one of our own, David Blatt, when you appointed him as the head coach of your team, and we of course, were sorry to see him go. Nevertheless, Israelis remain strong supporters of the Cavaliers, as do their many Jewish fans in Cleveland’s strong Jewish community.”

At the time of Blatt’s dismissal, the Cavaliers had the best record in the Eastern Conference. Some claimed the team’s superstar, LeBron James, undermined the coach.

Blatt had led the Cavs to the 2015 NBA Finals, where they lost to the Golden State Warriors in six games. On Sunday night, the Cavs defeated the Warriors in a finals rematch, taking Game 7 to become the first team in NBA history to win the title after trailing in the series 3-1.

Shai also wrote to Gilbert: “David played a key role in building the Cavaliers, guiding its players, and helping the team become championship-caliber. That is why I want to encourage you to give David the respect and credit he deserves by giving him a championship ring, as is customary for players who have left mid-season. I am sure he would cherish such a ring that would symbolize his part in your team’s success.”

Blatt sent a text message to the team to offer his congratulations, Sports Illustrated reported Monday.

“My Congratulations. An enormous accomplishment for the organization, a special and historic moment for Cleveland,” the text read, according to SI reporter David Pick.

Blatt interviewed with several NBA teams in recent months for head coaching positions without success. Earlier this month he signed on as head coach with a team in Turkey; his two-year deal reportedly does not allow him an out if an NBA team makes an offer.