Writer Calvin Trillin dishes about civil rights, Judaism and the art of reporting 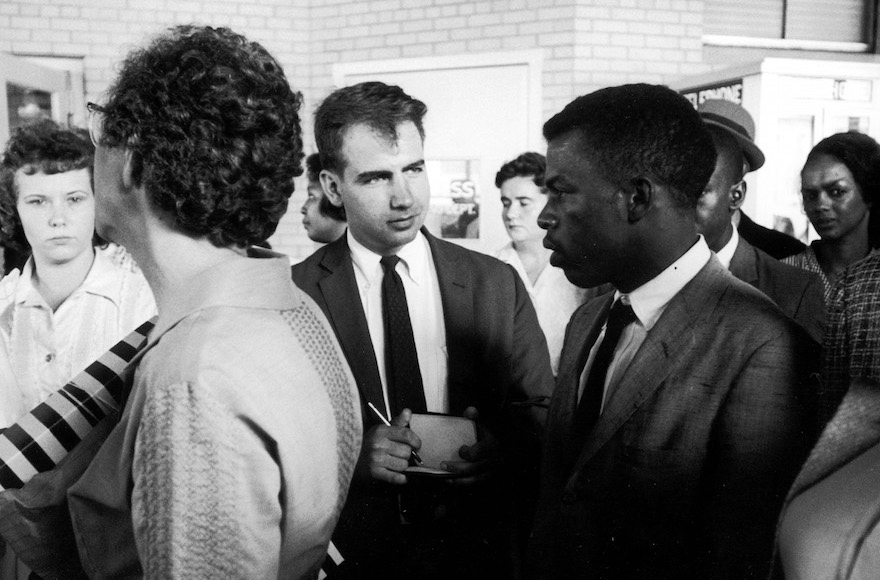 Writer Calvin Trillin, center, interviewing John Lewis in Birmingham, Ala., as the Freedom Riders were boarding the bus for Montgomery in 1961. (LIFE Images Collection)
Advertisement 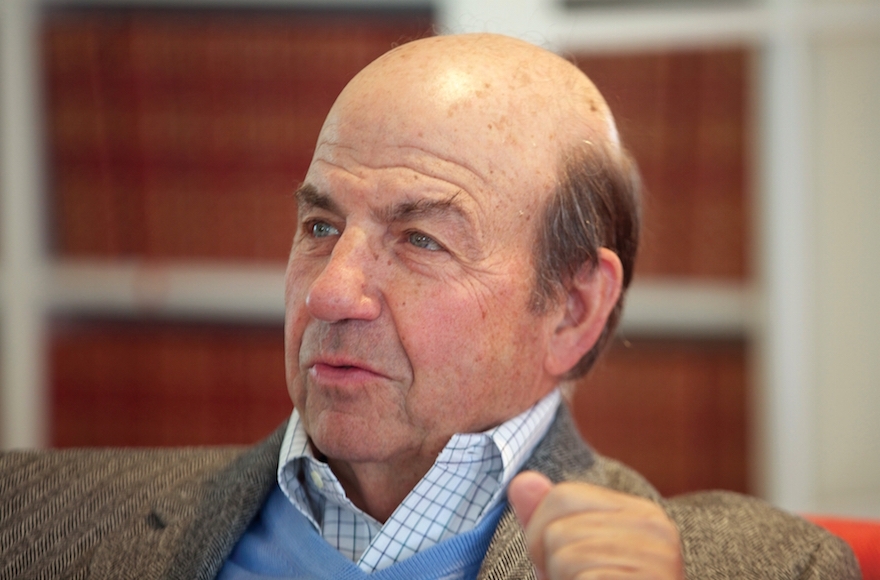 Calvin Trillin says Judaism impacted his humor writing and he first realized he was funny in Hebrew school.  (Richard Stamelman)

(JTA) — Writer Calvin Trillin may be most famous today for his humorous musings on food, family, travel and love.

But before he won the Thurber Prize for Humor in 2013; before “Uncivil Liberties,” his humor column for The Nation (he has lovingly called it “a pinko magazine published on cheap paper” where he was paid “in the high two figures”); and before the recent flap over his tongue-in-cheek poem about Chinese cuisine, Trillin was one of America’s great long-form journalists.

“I think a lot of nonfiction reporting is in the details,” Trillin says of his craft. “When I talk to a journalism class and someone asks, ‘How you go about describing a town or community?’ I use the old ‘ma nishtanah’ method: ‘Why is this place different from all other places?’”

Trillin, 80, began his career at Time magazine, where he covered the civil rights movement from the newsweekly’s Atlanta bureau. In 1963, he became a staff writer for The New Yorker, where his earliest article, about the two black students who integrated the University of Georgia, became his first book, “An Education in Georgia.”

His latest, “Jackson, 1964: And Other Dispatches from Fifty Years of Reporting on Race in America,” which comes out June 28, is a collection of articles he’s written the topic since then. They run the gamut from a 1964 story about New Orleans’ Zulu Social Aid & Pleasure Club, an African-American krewe that marches in blackface during Mardi Gras, to a 1995 piece about the Mississippi State Sovereignty Commission, which in the 1960s and ’70s sent investigators to look into the ethnic background of suspected biracial infants.

The highly readable stories remain topical today. And taken as a whole, the book is a reminder of how graceful and seemingly effortless his prose is. Trillin has perfected the technique of exploring broad societal issues while training a close lens on a narrow yet compelling subject.

Trillin was born in 1935, in Kansas City, “Missoura,” as he calls it, traces of his Midwestern accent still in place. His father, Abe, an immigrant from Kiev — later the subject of his book “Messages From My Father” — was determined that Bud, as Calvin is known, remember he is both Jewish and an American. Abe had read “Stover at Yale,” a 1912 popular novel about undergraduate life at the school, and was determined his son become a true American and go to college there.

Trillin did. And on a whim, he signed on to be a reporter for the Yale Daily News — he just happened to walk by the paper’s office. Though he says he had no previous inclination toward journalism, Trillin took to it quickly.

Writer Calvin Trillin, center, interviewing John Lewis in Birmingham, Ala., as the Freedom Riders were boarding the bus for Montgomery in 1961. (LIFE Images Collection)

He eventually became the paper’s chairman, a post once held by Time magazine founder Henry Luce. Tradition at the time was that all Daily News chairmen — and they were only men then — automatically received an internship at Time. Trillin impressed the powers-that-be and landed the Atlanta bureau job.

Being in the South put Trillin in the midst of the biggest story of the time: Between school desegregation battles, sit-ins and boycotts, he was full-time on what he calls “the seg beat.”

That experience reaffirmed his career choice, he says.

“I found what I really liked was reporting not on celebrities or politicians, but regular people involved in sort of dramatic situation,” Trillin says.

There were dangers. He was knocked to the ground covering the Freedom Riders; there were expense reports for “trousers torn in racial dispute.” But one of his major concerns was remaining objective, not locking arms with protesters and singing “We Shall Overcome.”

Still, his impulse to cover these stories was at least partially motivated by his Jewish upbringing. Trillin says he was “brought up to treat people fairly and not judge people by their color.”

“On the other hand, I can’t say I wasn’t brought up in a culture where ‘schvartze’ wasn’t used as a synonym for maid, as in, ‘Don’t bother with the dishes, the schvartze will do them tomorrow,'” he adds. “[But] in my home, I think there was sort of a general feeling about justice and people’s rights.”

As it happens, his Judaism also impacted his humor writing. In fact, Trillin first realized he was funny in Hebrew school.

“I got a big laugh and, I believe, kicked out of the class,” he adds.

As a break from his long, serious articles, he started writing what the New Yorker calls “casuals” — lighter, funny pieces. These attracted the attention of Victor Navasky, the editor of The Nation and a former Yale classmate, who asked him to start a humor column there. Several variations of the column ran under various auspices (including in Time) from 1978 through 2001.

If Chris and Donald form a team,
Would many voters pick it?
Could there be folks who might support
A schoolyard bullies ticket?

The comics used to say of Trump,
“His childish boasts, his hair, his money
Will surely give us lots of laughs.”
But now, alas, he’s not so funny.

Recently, Trillin came across something else “not so funny.” In rereading his old seg beat stories, he was somewhat shocked to discover that old adage “the more things change” rings true.

“I was surprised a little bit,” he says, “how a lot of them could have been written today.”