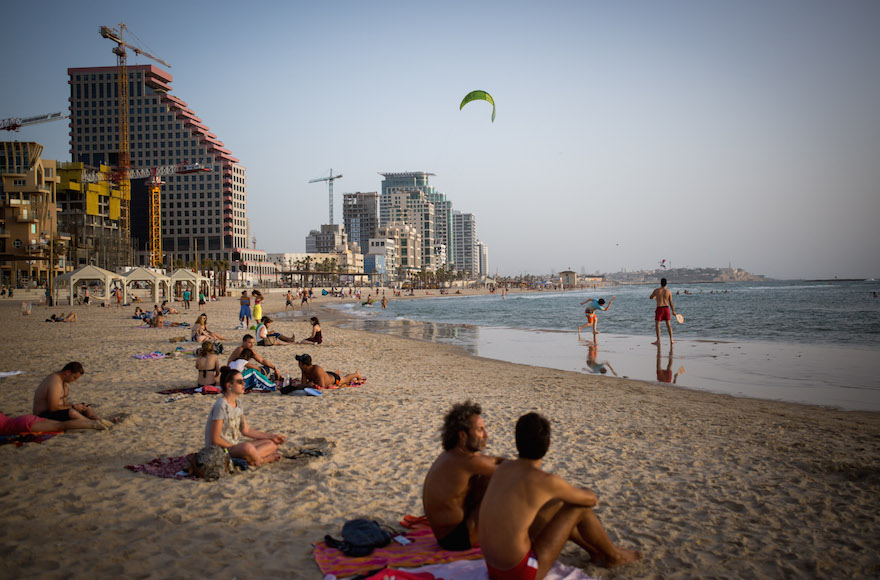 Israelis enjoy the beach in Tel Aviv, as a heatwave hits Israel, May 16, 2016. (Miriam ALster/Flash90)
Advertisement

JERUSALEM (JTA) — A Knesset committee has approved legislation that will mandate six long weekends each year — a step toward a possible Monday-to-Friday work week.

Providing the six Sundays off each year beginning in 2017 will start to transition the Israeli work week to that of most of the Western world, supporters argue. Kulanu lawmaker Eli Cohen, who proposed the legislation, argued that it would also increase work productivity in Israel, which lags other developed countries.

Israel has a Friday-and-Saturday weekend, though children in elementary school also attend school on Fridays. Many Israelis do not work on Friday, and Sunday is considered the start of the work week. The current weekend fits in with the Jewish Sabbath on Friday night and Saturday, and the Muslim day of prayer on Friday.

According to a 2016 report by the Taub Center for Social Policy Studies, Israeli productivity is low and getting lower compared to most of the relatively wealthy countries in the Organization for Economic Cooperation and Development, even though Israelis also work about 4 hours more per week than residents of other OECD countries.

“The transition to a long weekend will dramatically change the character of work and offers many benefits by reducing the burden on workers, improve the balance between work and family life, improve individuals’ lives and contribute to business sectors like retail and tourism, and better synchronize work and school vacations,” Cohen said, according to Haaretz.

The bill, which was approved Sunday by the Ministerial Committee for Legislation, must still be approved by the full Knesset. The legislation is aimed at leading to all Sundays off in the future.

Two of the six proposed long weekends would take place during the summer, and the other four would come during the Passover and Hanukkah vacations.

The first full Knesset vote is scheduled for Wednesday, where it is expected to pass.