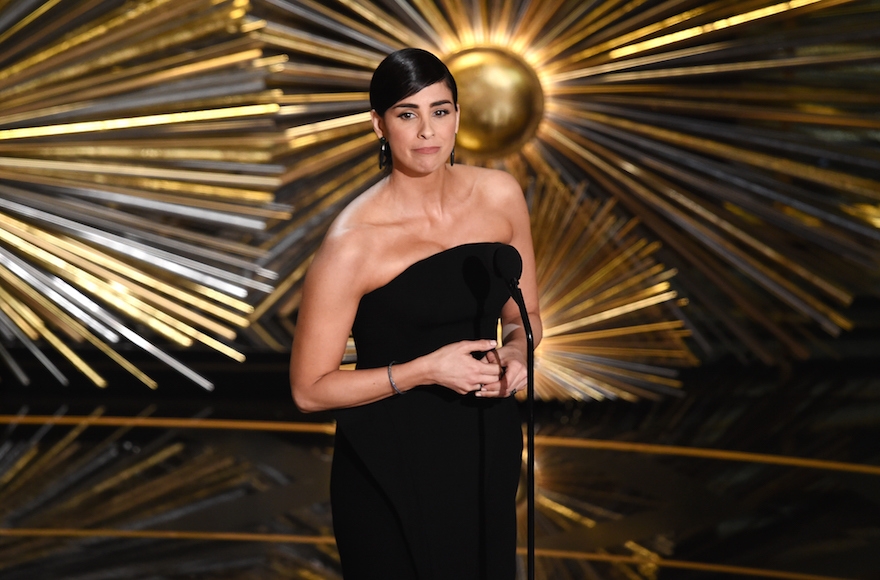 Their names were announced in the annual list put out by the Hollywood Chamber of Commerce on Tuesday.

Among the Jewish honorees all but Hawn were listed under the television category. Silverman is best known for her standup comedy but created her own Comedy Central series, “The Sarah Silverman Program,” which ran from 2007 to 2010. She also performed on “Saturday Night Live” during the sketch show’s 1993-94 season.

Tambor has starred in dozens of films and shows since the 1970s but is most famous for his recent roles on the shows “Arrested Development” and “Transparent.” In the latter series he plays a transgender patriarch of a Jewish family in Los Angeles.

Hawn, who got her start as a ditzy go-go dancer on TV’s “Rowan & Martin’s Laugh-In,” went on to win an Academy Award for Best Supporting Actress for “Cactus Flower” and appeared in a string of hit films in the 1970s, including “There’s a Girl in My Soup,” “Butterflies Are Free,” “The Sugarland Express” and “Shampoo.”  In “Private Benjamin” she played a pampered Jewish girl who joins the Army.

Saban started the now defunct Saban Entertainment group, which distributed the popular children’s action hero shows such as “Power Rangers” and the American versions of “Digimon” and “Dragonball Z.” His estimated net worth is over $3 billion.

Segal is more famous for his film work, having appeared in classics such as “Who’s Afraid of Virginia Woolf?” and “The Hot Rock.” But he has also appeared in dozens of shows, including the ABC sitcom “The Goldbergs.”

Others on the announced list include actors Amy Adams, Jason Bateman, and Mark Ruffalo.

The cost of the brass stars on Hollywood Boulevard — which has to be covered by the celebrity, the star’s movie studio or the person who nominated each honoree — is $30,000 each. The new stars will be installed next year.