Nobel laureate Elie Wiesel, left, and Jewish Agency for Israel Chairman Natan Sharansky at the General Assembly of the Jewish Federations in North America in Baltimore discussing the Soviet Jewry movement and marking the 25th anniversary of its pinnacle event, The March on Washington, Nov. 12, 2012. (David Karp)
Advertisement

(JTA) — On my bookshelves there are two rows of volumes on the Soviet Jewry movement. Squeezed in among the tomes is a small, well-worn paperback with pages no longer attached to the spine, “The Jews of Silence,” by Elie Wiesel. This slim volume is, however, a bridge. It crossed Wiesel and his readers over from his prior works, hearing the screams of those silenced in the Holocaust, to an eloquent challenge in 1966 to listen to the cry of our silenced but living oppressed brethren in the USSR.

While today one of every seven Israelis or their descendants is from the former Soviet Union, when hundreds of thousands of FSU Jews live in the United States and the West, when with the click of a computer button I’d just arranged a frequent-flyer point flight to Israel via Moscow on Aeroflot Russian Airlines, it is difficult to remember how ignorant American Jews were — or willed themselves to be — about the quarter of world Jewry locked in the Soviet Union when “The Jews of Silence” was published.

For my contemporaries in high schools and universities in the 1960s, Wiesel’s cri de cœur was the first of three shocks that would galvanize our nascent public student Soviet Jewry movement into a tidal wave of action. Wiesel ended “The Jews of Silence” thus: “What torments me most is not the Jews of silence I met in Russia, but the silence of the Jews I live among today.” Not yet the icon he later became, Wiesel reinforced his written, searing recollection of his visit with Jews in the USSR in talks to our Student Struggle for Soviet Jewry members. We connected immediately to Wiesel: Jacob Birnbaum, the SSSJ’s founder, a refugee from Nazi Germany, and students, some of us children of Holocaust survivors or veterans of the American civil rights movement. 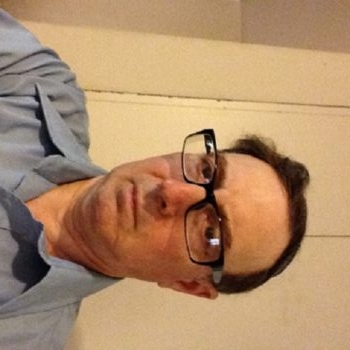 A year after “The Jews of Silence” was published, the Six-Day War propelled us into a deep-rooted connection with Israel and our own Jewish identities. And a year after that, Arthur Morse’s “While Six Million Died” exposed the relative silence of our parents’ generation during the Shoah. We vowed that this generation would not be guilty of the same sin.

Elie Wiesel was our moral compass. In between our numerous demonstrations at the Soviet U.N. Mission, SSSJ produced a stark white-on-black lapel button challenging the Jewish community:  “Are We ‘The Jews Of Silence’?”

It took years, but eventually the Jewish establishment put its considerable muscle behind the Free Soviet Jewry movement. Wiesel was a featured speaker at large rallies and utilized his growing moral authority to press for the liberation of Russian Jews.

In 1986, 21 years after his first visit, he returned to the USSR. Despite Mikhail Gorbachev’s lockdown on immigration to Israel that year, Wiesel witnessed the miraculous rebirth of Jewish self-identification among refuseniks and thousands of ordinary young Jews who flocked to Moscow’s Arkipova Street Synagogue on Simchat Torah. Gal Beckerman recounted in “When They Come For Us We’ll Be Gone” that Wiesel told the congregation inside, “Not a day passes when I don’t talk of you, dream of you, sing of you, pray for you. You give us so much hope throughout the world. We owe you a thousand times more than you owe us.”

Soviet Jews responded in kind. Former Prisoner of Zion Alexander Paritsky recalled, “In the hardest and most critical period of my struggle for freedom in a Siberian labor camp, I always remembered the great Elie Wiesel.”

Former refusenik Dan Roginsky: “For we who were fighting for exodus from the Soviet Union, Elie Wiesel was an example of a Jew who never gave up in his struggle for tikkun olam (repairing the world) and for the future of the Jewish People.”

Dina Beilina, a leading Moscow refusenik: “Elie was [a] soldier. All his life he fought, in the beginning, alone. But he believed in his mission and became a symbol of Jewish resistance to Nazism and a symbol of our victory over evil.”

Former refusenik Sasha Smukler, echoing the words of his friend Yuli Kosharovsky: “He inspired us to become Jews again.”

“Elie was a major source of inspiration for the refuseniks,” summarized Enid Wurtman, an American Soviet Jewry movement leader who was inspired by the refuseniks to make aliyah to Israel to continue her work from Jerusalem. “He taught them about the Shoah, strengthened their Jewish identity, made them assertive Jews fighting against all odds to be free, fighting for their right to emigrate to Israel.”

Absolutely nothing can bring back the Six Million. Yet when 3 million of our brothers and sisters in the Soviet Union were threatened with spiritual annihilation, postwar Jewry finally stepped forward, their march begun, as Natan Sharansky often recalls, by “students and housewives,” inspired by Elie Wiesel.

“Yehi zichro mevorach” – may his memory be for us a blessing.

(Glenn Richter is the former national coordinator of the Student Struggle for Soviet Jewry.)

Back in St. Petersburg, former refusenik encourages Jews to emigrate