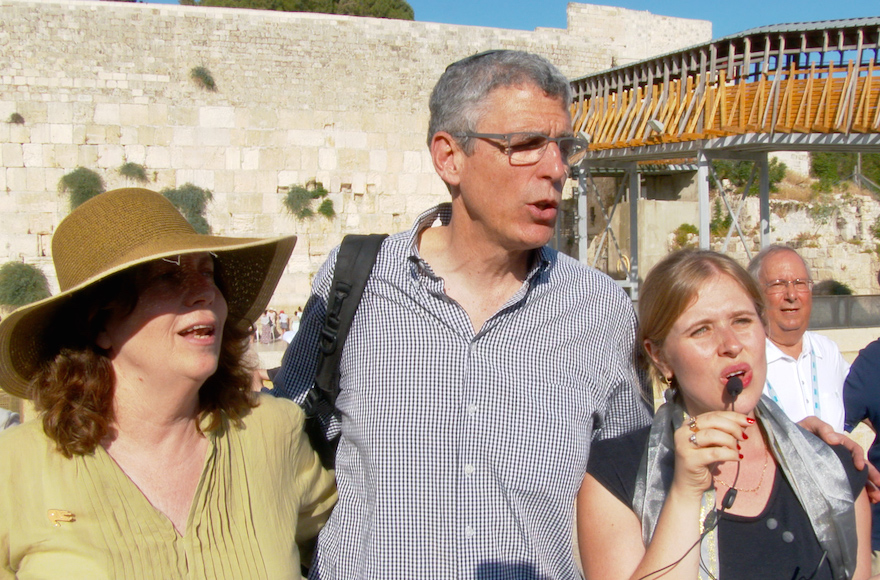 Rabbi Rick Jacobs, president of the Union for Reform Judaism, on Monday held the prayer service with some 200 rabbis and lay leaders. Most were participating in a summer seminar at the Shalom Hartman Institute, a pluralist educational organization.

The service was in support of the efforts by a group of allies — including the Reform and Conservative movements, Women of the Wall and the Jewish Federations of North America — to change the status quo at the Kotel to allow for a pluralistic prayer space, the Union for Reform Judaism said in a statement.

Following the service, Jacobs called for the implementation of the decision made by the Israeli government in January to establish a pluralistic prayer space at the holy site. Late last month, a group of Orthodox Jewish organizations filed a petition with Israel’s Supreme Court to prevent the establishment of the egalitarian section.

Jacobs told the group: “The Jews of the world saw in this decision that the government of Israel said, ‘you are at home; you may live in Netanya, Toronto, Argentina, but this is your home.’ We have got to get this unstuck; we have to express to the government that we really mean what we say.

“With our proposed change — in favor of which the government ruled — every single day there will be groups of Jews from around the world who will come to this place and not feel like  visitors, quietly and meekly taking our place-but in full voice, be who we are, saying ‘this too, is our place,’” Jacobs added.

A similar service was held at the Western Wall plaza last month. Haredi Orthodox men at the site tried to disrupt that service, leading to scuffles.