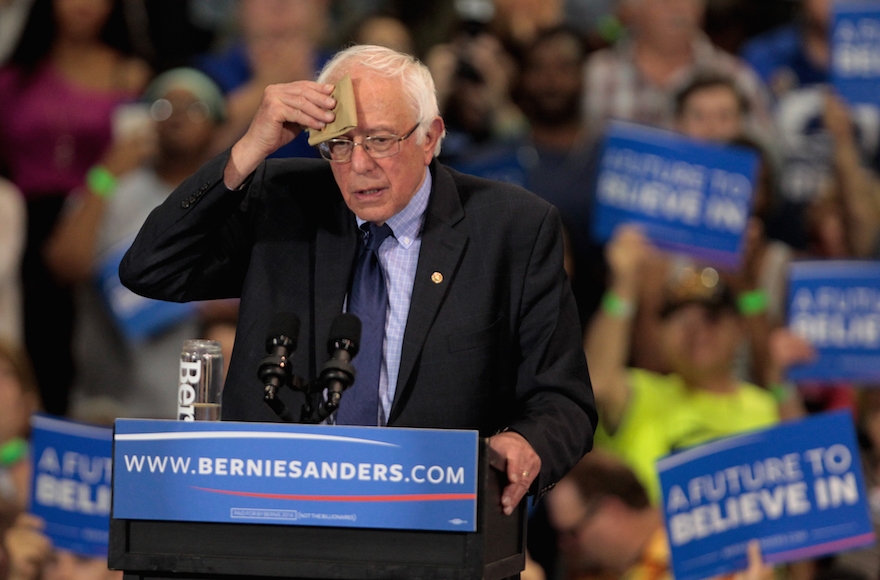 Colleagues at the morning meeting directed intense questioning at Sanders, a Vermont Independent senator, about why he has not yet endorsed Clinton and given up his run for the sake of party unity, Politico reported.

Pressed on when specifically he planned to get behind Clinton, Sanders replied that elections are not necessarily about winning but about transformations, drawing jeers.

Sanders later defended himself against the booing to CNN’s Wolf Blitzer, saying the reported situation was “a bit of an exaggeration” and the conflict stems from simple “differences of opinion.”

“We look at the world a little bit differently,” the senator said.

“What I’m trying to do and the reason I ran for president is to help transform this country, to deal with income and wealth, inequality, a declining middle class, the fact that so many of the young people leaving school deeply in debt.”

Sanders went on to praise Clinton’s policy announcement Wednesday that combined his higher-education proposals with hers and did acknowledge her as the presumptive Democratic nominee.

“A lot of members are anxious about when is he going to explicitly support Hillary,” said Rep. Peter Welch, D-Vt. “And what he’s saying is that’s an ongoing process. But if we want to win, we’ve got to take the long view that we need a platform that is going to genuinely create excitement for our nominee.”