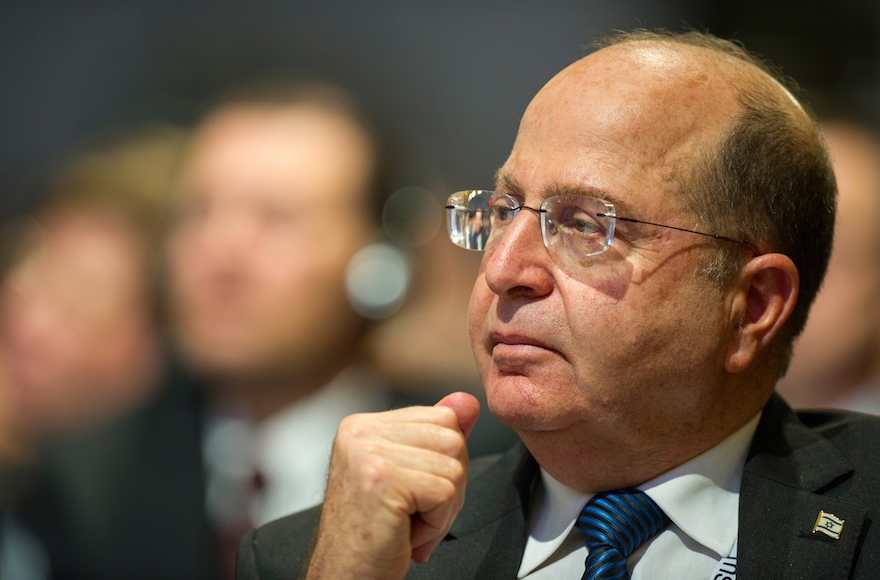 (JTA) — Former Israeli Defense Minister Moshe Yaalon has found a new job at the Washington Institute for Near East Policy as its Rosenblatt Distinguished Visiting Fellow.

The Washington Institute, an independent and nonpartisan organization that provides research and recommendations for U.S. Middle East policy, will tap into Yaalon’s 37-year a career in the Israel Defense Forces and his policy expertise from his seven years in the Knesset, it announced in a news release Thursday.

Yaalon, who had previously held a post-military fellowship at the institute, will return to Washington, D.C., in August to focus on his writing and speaking on foreign policy and the strategic U.S.-Israel relationship.

Yaalon stepped down on May 20 when it came to light that Prime Minister Benjamin Netanyahu was in negotiations with Avigdor Liberman to bring his nationalist Yisrael Beiteinu party into the ruling coalition, giving Netanyahu a more stable majority. Liberman was named defense minister.

Last month Yaalon announced that he plans to challenge Netanyahu in the next elections.

“After more than four decades of military and public service, in and out of uniform, ‘Bogie’ Yaalon has unparalleled insights into the challenges and opportunities facing Israeli national security,” said Robert Satloff, the institute’s executive director, using Yaalon’s nickname.

“At a moment when Americans are debating the appropriate role for our country in the Middle East, we are pleased to welcome him back to The Washington Institute to provide an authoritative voice on these critical issues.”

In the release, Yaalon said he was “eager” to meet with current and emerging leaders and “discuss the vital issues on our bilateral agenda.”