7 books to make your summer more summery — and Jewy, too 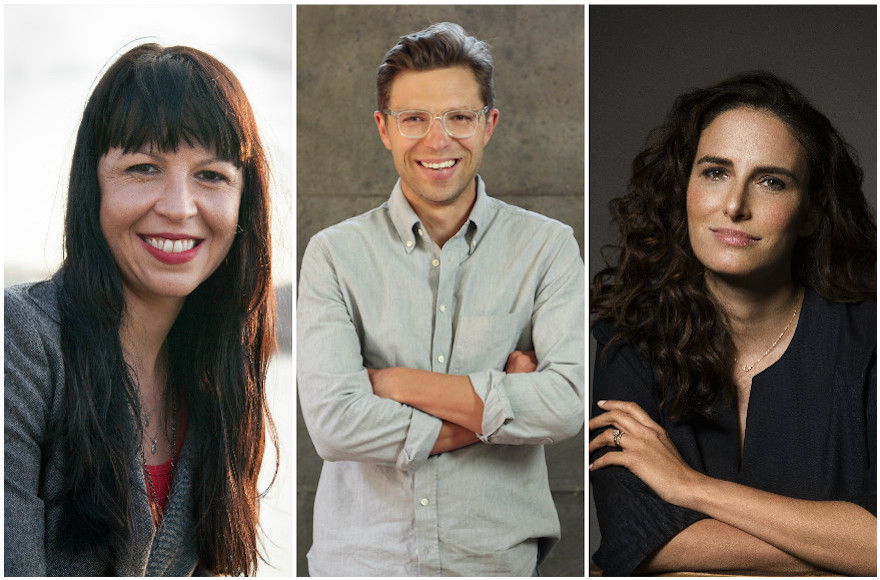 (JTA) — Summer’s here, and whether from the heat or the humidity or the harrowing election cycle, we bet you could use an escape.

So take our advice: Whether you’re lucky enough to be lazing on a beach or packed in like a pickled herring on a subway car, take some time to retreat into a good, Jewishy book. Here are seven fresh reads on the lighter side — because it’s too hot out there to get too heavy.

A Book About Love (Simon and Schuster)
By Jonah Lehrer

OK, you will probably hate this book — which is totally why you’ll have so much fun reading it. This is Lehrer’s first published volume since high-profile plagiarism revelations cost the Jewish wunderkind his gigs for The New Yorker and NPR’s “Radiolab,” not to mention his many lucrative speaking engagements. The book has been, shall we say, poorly received: “insolently unoriginal” was one of the gentler rebukes from The New York Times. But you could read Lehrer’s treatise on how humans form and maintain romantic connections, and draw your own conclusions — after all, love is blind.

The iconic Israeli author’s 20th novel, and the 11th to be translated into English, is propelled by the friction triggered when individual independence runs into family obligation. Schoffman’s highly readable rendition of Yehoshua’s prose tells the tale of Noga, a harpist and divorcee who is torn from her idyllic, secular life in the Netherlands and summoned home to Jerusalem. There she must confront the expectations of her religious family, as well as other characters — and decisions — from her past. The book tackles some large themes — between Orthodox and secular Jews, Israelis and Palestinians — as well as the more universal conflict: complicated family dynamics. For those visiting relatives this summer, this a good one to bring along.

Spy thrillers might be a shekel a dozen, but rare is the fictional Mossad escapade written by an actual former high-ranking officer of Israel’s renowned intelligence agency. Ben-David, a best-selling author, has penned several, and he delivers again with a Russia-set tale of shadowy spycraft, mistaken identity and passionate romance — each threatening to undo the other — and all with an authoritative inside glimpse of the mystery that is the Mossad. Are you a John le Carre lover? Take note.

This second novel from the award-winning Rabb is actually for teens — but we know how much adults can love those (even when they don’t feature vampires or hungry kids fighting to the death). In this case, the protagonist is a 16-year-old Jewish girl named Eva, the granddaughter of Holocaust survivors who loses herself in romance novels to escape the grief of her father’s recent dramatic death. A real-life romance develops — yes, in America; yes, with kissing — and a road trip in the name of love soon ensues.

Seinfeldia: How a Show About Nothing Changed Everything (Simon and Schuster)
By Jennifer Keishin Armstrong

Nearly 20 years after the series finale, many of us refuse to accept that “Seinfeld” ever ended —  phrases like “No soup for you!” have become part of the cultural lexicon. With the precision of a scientist, entertainment writer and TV historian, Armstrong dives into the ecosystem that Larry David and Jerry Seinfeld dreamed up over a cup of coffee, a “silly little sitcom” about the daily offstage life of a New York Jewish comedian and his friends that they never thought anyone would watch. But millions did on a weekly basis, and the show’s following is nearly as strong today — not that there’s anything wrong with that.

An award-winning writer, Winters has an impressively varied catalog: His previous tomes include “Sense and Sensibility and Sea Monsters” and “World of Trouble.” For the setting of his newest thriller, Winters envisions a familiar modern-day United States —  save for the fact that the Civil War never happened and slavery still exists. Here, sci-fi meets sanctioned servitude in a literary mashup about a black bounty hunter tracking escaped slaves for the U.S. Marshals Service. The novel has received rave reviews — NPR called it “exceptional” — but there’s a larger drama in play, too: The release of this novel by a white Jewish writer has sparked fresh controversy over who gets to tell which stories. Read it and decide for yourself.

This collection of real-life stories from comedian Klein, the Emmy-winning head writer of Comedy Central’s “Inside Amy Schumer” and self-described “tom man”— a tomboy who never did grow out of it — offers a funny (obviously) yet poignant take on the minefield that is modern femininity. Over the course of two dozen essays, she takes on topics such as bad breakups, pregnancy and aging, along with everything from pornography (she finds most of it challenging) to Anthropologie (the place where she feels “emotionally home”).