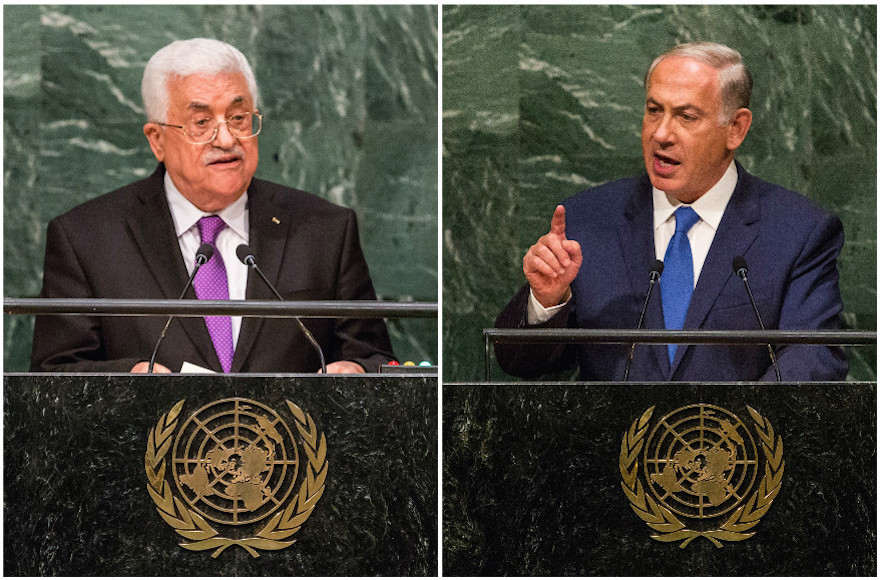 The message was released Friday in English.

“President Abbas, since over the past several years, you refused to meet me and sit down and negotiate peace, I hope you’ll hear this message,” the message began.

Netanyahu called on Abbas to fire his adviser Sultan Abu al Einein, who recently called to slit the throat of every Israeli. He said the threat led to the stabbing murder of 13-year-old Hallel Yaffa Ariel as she slept in her bed in her Kiryat Arba home in the West Bank.

He also called on Abbas to instruct his Fatah Party’s social media adviser to halt posting Facebook messages that praise Palestinian murderers. A third step Netanyahu suggested was not to dedicate a monument to Abu Sukar, who in July 1975 murdered 15 people by detonating a refrigerator filled with explosives on a busy Jerusalem street, and instead honor “a champion of co-existence.” Another step was to halt the monthly salary paid by the PLO to Palestinians who kill Jews.

The fifth step, Netanyahu said, is to recognize that “every Israeli and Palestinian child deserves a life of hope, of tranquility and opportunity.”

“I will continue to work tirelessly for peace. It’s time that you join this effort,” Netanyahu concluded.