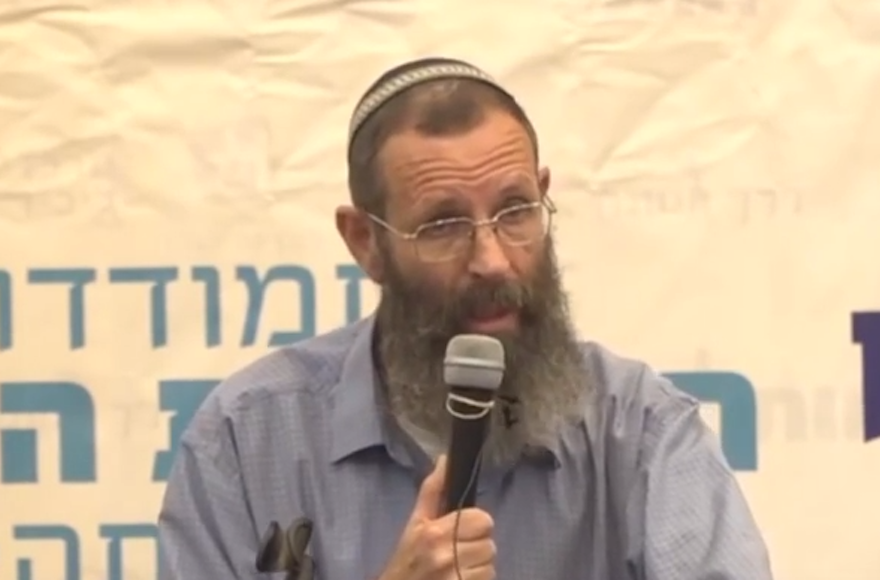 JERUSALEM (JTA) — The Israeli army reportedly said it will reevaluate its collaboration with the head of a pre-military yeshiva in the West Bank following controversial comments he made, including calling homosexuals “perverts.”

Rabbi Yigal Levinstein, who runs the Bnei David academy in the Eli settlement, has been the subject of public condemnation since a video speech surfaced on Sunday with the perverts comment. He also claimed the Israeli army is promoting a socially liberal agenda and said the Reform movement isn’t Jewish and in fact is an offshoot of Christianity.

According to the Israel Defense Forces’ announcement Tuesday, the reevaluation will include Levinstein visiting military bases and lecturing students, Ynet reported. The IDF said it will make a decision after Levinstein provides a clarification on his comments, according to Ynet.

However, the head of the IDF’s Manpower Directorate, Maj. Gen. Hagi Topolanski, canceled a visit to the academy on Tuesday in the wake of Levinstein’s controversial remarks.

The Ministry of Defense has called on Bnei David for clarification as well, Ynet reported. The yeshiva receives half of its funding from the ministry, according to Ynet.

A video of Levinstein’s speech at a conference that reportedly gathered 700 rabbis and educators from the National Religious sector appeared on the haredi Orthodox Hebrew-language website Kipa.

“There’s an insane movement here whose members have lost the normalcy of life,” he said. “This group makes the country mad and has now penetrated the IDF in full force – and no one dares open their mouth and speak out against it.

“At Bahad 1, there are lectures by perverts,” he said, referring to the main training base for Israeli army officers, with perverts meaning homosexuals.

Levinstein also said: “Under the framework of pluralism, soldiers and officers are taught to refer to [LGBT people] as ‘proud,’ but I don’t dare call them that …  ‘perverts’ is what I call them.”