At its last Cleveland convention, the GOP nominated a friend of refugees — and Jews 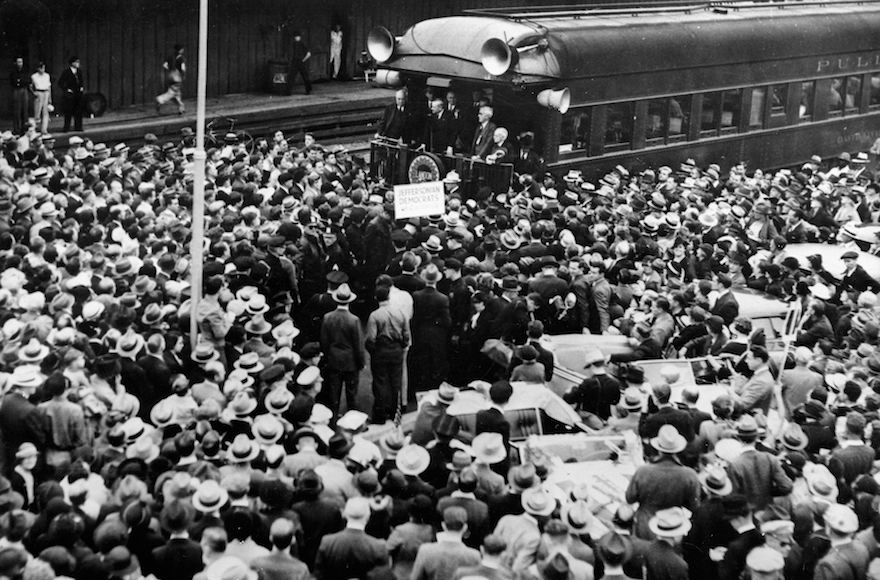 Monday night, a series of speakers at the Republican National Convention in Cleveland told voters to elect Donald Trump, who has repeatedly called for a ban on Muslim immigration to the United States. One of the speakers, Sabine Durden, said “crooked Hillary always talks about what she will do for illegal aliens and for refugees. Well, Donald Trump talks about what he will do for Americans.”

But the last time the Republicans met in Cleveland, their nominee wanted to let refugees become Americans. Alf Landon, nominated at the 1936 Republican National Convention, was an outspoken critic of Nazi persecution of Jews. Later, he advocated bringing Jewish refugees to America, and supported the establishment of a Jewish state.

Landon was the governor of Kansas, a state with relatively few Jews. But in 1933, according to a JTA dispatch, Landon denounced “the inhuman treatment now accorded the Jews in Germany.” That statement, according to Rafael Medoff, director of The David S. Wyman Institute for Holocaust Studies, was more than President Franklin D. Roosevelt ever said publicly about Nazi anti-Semitism before 1938. 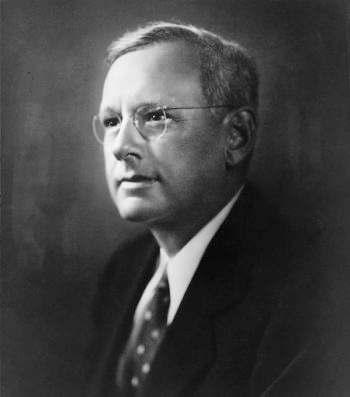 The statement didn’t help Landon in 1936. Jews were considered such a solid Democratic constituency that year, says Medoff, that Landon didn’t even campaign for their votes. A component of the juggernaut New Deal coalition, Jews voted overwhelmingly for Roosevelt in 1936, giving him 85 percent of their votes. The president would earn 90 percent of Jewish votes in 1940 and again in 1944. Jewish leaders remained loyal to Roosevelt and didn’t build relationships with Landon.

But unpopularity didn’t stop Landon from advocating for the Nazis’ Jewish victims. Days after Kristallnacht, in November 1938, Landon called on Americans in a radio address to protest on behalf of European Jews.

In 1939, according to Medoff, he was one of few Republicans to support the Wagner-Rogers bill, which would have allowed 20,000 Jewish refugee children into the United States (though, JTA reported, Landon “expressed the wish that the age limit of 14 was lower and warned of a later demand that parents of the children be given consideration”). The bill died in committee. A few years later, Medoff writes that Landon praised a Revisionist Zionist position paper calling for mass Jewish emigration to Palestine ahead of the creation of a Jewish state.

The head of the American Revisionist Zionists? Benzion Netanyahu, father of Israeli Prime Minister Benjamin Netanyahu. So along with being one of the only politicians to welcome refugees, Landon was among the first of many Republicans to like a Netanyahu.