Florida Holocaust survivors back in Warsaw to perform in former ghetto

(JTA) — A musical duo of Holocaust survivors from Florida who have toured the United States returned to their native Poland to perform there for the first time, at an outdoor concert in Warsaw.

Krakow-born Saul Dreier, 91, and Reuwen Sosnowicz, 89, landed in the Polish capital Thursday to perform next week before some 500 people on Grzybowski Square, which was part of the Warsaw Ghetto.

Polish television and radio stations will be broadcasting their concert live to millions of people, according to From the Depths, an organization which does Holocaust commemoration work in Poland.

Dreier learned to play the drums in one of three concentration camps he survived. A cantor taught him to play using spoons, he said.

Sosnowicz, who was born in Warsaw and for whom this is the first visit to his native country since he left after the Holocaust, has been playing the accordion all his life. He was saved by Polish non-Jews who hid him during the Holocaust and then immigrated to Israel before leaving for the United States.

“I am very excited to return to my childhood hometown,” he told JTA. “I am not happy to face the memories of the war but I have to return before I go to heaven as an ambassador for peace, play my beautiful Jewish music and tell the world that we must all live in peace and that love and respect for each other will triumph hate and killing.”

Both he and Dreier lost most of their family members in the Holocaust. They started their duo, the Holocaust Survivor Klezmer and Multicultural Band, in 2014 and have since performed in Florida, New York and Las Vegas.

During their visit, Sosnowicz and Dreier are scheduled to visit Auschwitz, the former Nazi death camp in southern Poland, and the former Treblinka camp. They intend to play without an audience not far from the camp in memory of the people killed there. They will also visit the Polish presidential palace, for a meeting with several cabinet ministers.

At the Warsaw concert, they will be sharing a stage with Muniek Staszczyk, one of Poland’s best-known rock stars.

From the Depths founder Jonny Daniels said his group helped raise some of the tour’s costs because the musicians need to be able to “share their message with thousands and make them their witnesses,” especially at a time when  “the greatest generation, the generation of survivors, sadly is passing away.” 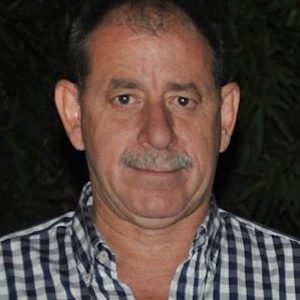