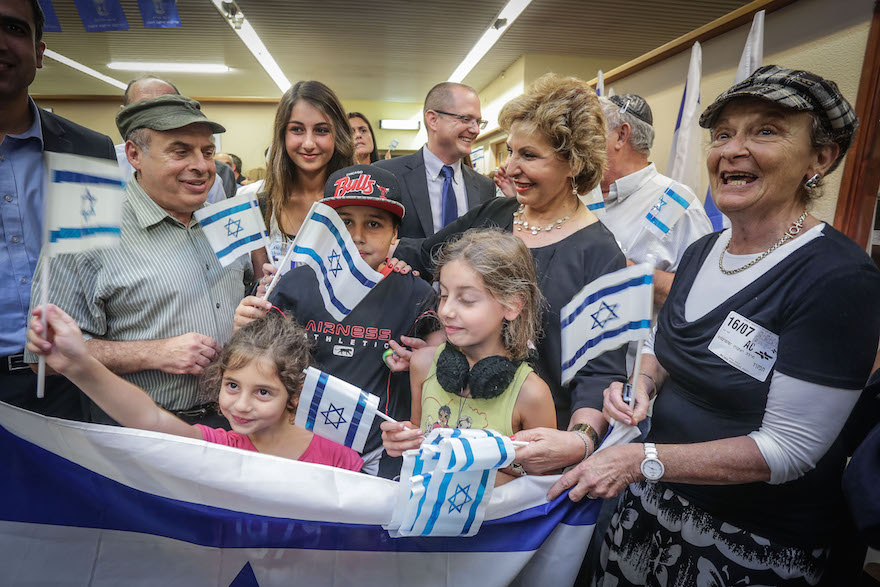 (JTA) – Jewish immigration from France to Israel decreased by 32 percent in the first half of 2016 compared to the corresponding period last year.

But aliyah from France remains high relative to years predating 2014, when it skyrocketed to a record-setting 6,658 and then again to 7,469 newcomers the following year, according to annual reports by the Israeli ministry for immigrant absorption. The 2014 influx made France for the first time Israel’s single largest source of immigrants in any given year, a status it retained in 2015 despite an increase in aliyah also from war-torn Ukraine.

Aliyah from Ukraine also dropped as fighting in the country’s east largely stopped.

Another increase was observed in Brazil, where political instability and an economic crisis have had a particularly negative impact on many members of the largely middle-class Jewish population. From January to July last year, Israel saw the arrival of 190 Brazilian new immigrants, compared to 296 in the corresponding period this year — a 56 percent increase.

One of the largest increases in aliyah was observed in Turkey, where President Recep Tayyip Erdogan has faced growing protest over anti-democratic moves and recently an unsuccessful attempt at a military coup. While limited in absolute numbers, aliyah from Turkey has almost tripled from 23 to 61 immigrants in the two relevant time frames.

North American aliyah remained substantial but largely unchanged, totaling 1,046 newcomers to Israel in the first half of 2016.

Overall, Israel saw the arrival of 11,466 immigrants under its Law of Return for Jews and their relatives this year, compared to 12,712 in the first half of 2015.

In an interview with JTA last month, Jewish Agency Chairman Natan Sharansky attributed the decrease in French aliyah to “a slightly improved feeling of security” by French Jews. He also said aliyah has been decreasing because of “high housing prices in Israel and non-recognition in Israel of diplomas” of some French professionals. Sharansky said the Jewish Agency is in talks with the government to solve these issues.

Notwithstanding, “Statistically, according to all our indications, massive aliyah will continue,” he said. “It’s no coincidence we have in France 9,000 active files that have been opened for people seeking to make aliyah.”