Historic Jewish site near Mosul, Nahum’s Tomb, said to be at risk of collapsing 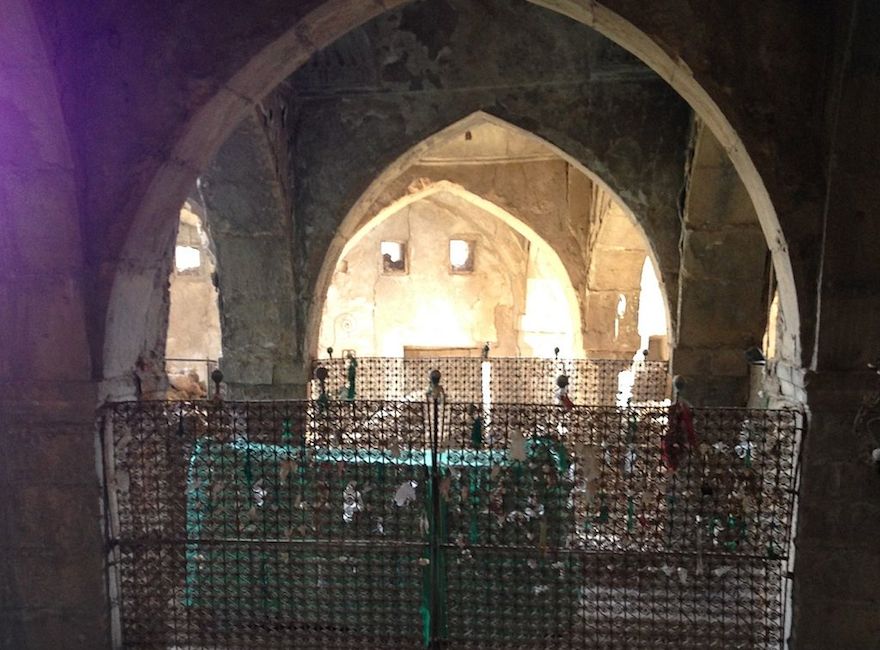 Nahum's Tomb in the Iraqi town of Alqosh in 2014. (Wikimedia Commons)
Advertisement

(JTA) — An ancient Jewish site located just 30 miles from Islamic State-controlled Mosul is at risk of collapsing, a representative of Kurdish Jewry says.

Sherzan Omer, Kurdish Jewry’s representative in the Ministry of Endowment and Religious Affairs at Kurdistan Regional Government (KRG), said the biblical prophet Nahum’s tomb, which is in the town of Alqosh, is in dire condition, Kurdistan24 reported Tuesday.

In a statement released Monday, Omer said his team “investigated the structure of the building, consulting experts, engineers and architects, and they report the building could completely fall apart within a couple of months.”

He called on historical preservation groups, the United Nations, UNESCO and others to come to its aid.

The 1,500-year-old building was for centuries the site of a major Jewish pilgrimage each year on the holiday of Shavuot. When the majority of Kurdish Jews moved to Israel in 1951, the tomb was left in the hands of a Chaldean family that struggled to maintain it.

“This site does not only belong to Jews. It’s part of human history, therefore saving the site is everyone’s responsibility,” Sherzad said in a statement.

According to Kurdistan24, Alqosh is located 30 miles north of Mosul. It has been protected by Peshmerga forces since the Islamic State rose to power.