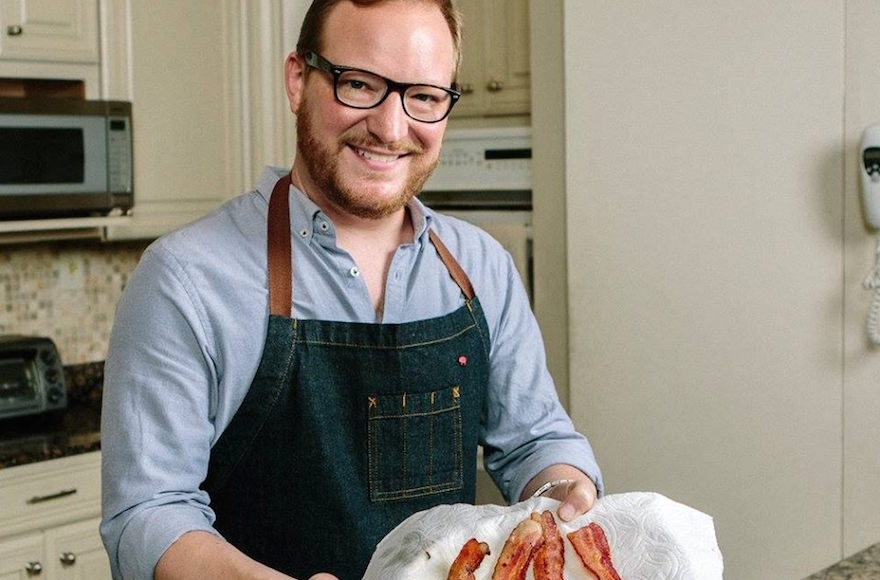 Among those who don’t keep kosher, few food items ignite passion the way bacon does. So when the website Extra Crispy announced in June that it was searching for a Bacon Critic — yes, with capital letters — some 1,500 eager pork lovers applied for their dream job.

Given the fact that bacon is unequivocally treif, or forbidden under kosher law, there’s a smoky, meaty whiff of irony that on Monday, Extra Crispy — a Time Inc. site devoted to breakfast and brunch culture — named Jewish food writer Scott Gold as its inaugural bacon specialist.

The 39-year-old New Orleans native will spend three months hitting the road in search of the country’s best bacon, which he will announce in November. Based on his introductory post on Extra Crispy — in which he reminisces cheekily about a childhood filled with po’boys, muffalettas “and oysters lovingly deep fried and wrapped in bacon” — his weekly dispatches from the bacon field will likely be worth reading.

“Consider the laws of kashrut: for the religious and hungry Jew, pigs are of course out, as are shrimp, oysters, crabs, crawfish, catfish (dirty bottom dwellers!), frogs, alligators, turtles… basically all the fantastic fauna indigenous to South Louisiana,” Gold wrote.

As he explained, he “made some concessions with [his] heritage” but still often thinks about kosher law and his “non-obedience policy toward it.” Gold even dished on one of his favorite Jewish meals: a pastrami sandwich from Katz’s Deli in New York City, complete with mustard, pickles and a can of Dr. Brown’s Cel-Ray soda. (Like any proper up-and-coming writer, Gold spent a requisite decade living in Brooklyn before returning to New Orleans a few years ago).

It may be a dream job for many, but Gold’s task to find the best bacon in the country may be a difficult one — after all, as he told the New York Times, bacon is “rarely terrible.”