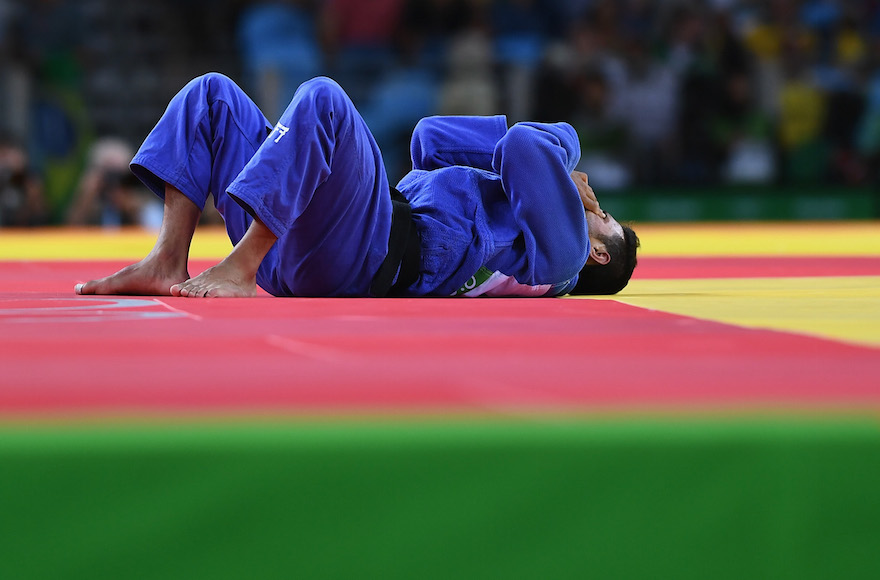 Sagi Muki reacts after being defeated by Lasha Shavdatuashvili of Georgia in the Men's -73 kg contest for a bronze medal at the Rio 2016 Olympic Games at Carioca Arena 2 in Rio de Janeiro, Aug. 8, 2016. (David Ramos/Getty Images)
Advertisement

(JTA) — Sagi Muki of Israel failed to medal in the judo under-73 kg weight class after advancing to the semifinals at the Rio Olympics.

Muki lost to Lasha Shavdatuashvili of Georgia in the bronze medal match on Monday after losing earlier in the day to Azerbaijan’s Rustam Orujov in the semifinals. The Israeli finished in fifth place.

Israel, which has sent its largest delegation ever to the Rio games, has failed to medal through the first four days of competition.