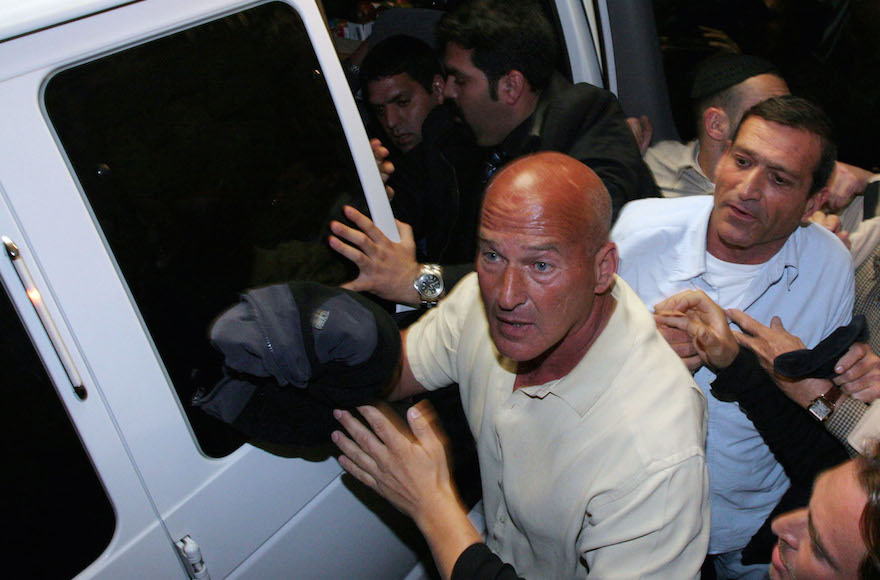 Rafi Refaeli, the father of Israeli super model Bar Rafaeli, shown after her visit to the Western Wall with Leonardo DiCaprio in 2007. (Brian Hendler/Getty Images)
Advertisement

(JTA) — The father of top Israeli model Bar Refaeli was placed under house arrest for allegedly assaulting police officers who came to his home to investigate a neighbor’s noise complaint.

He and a friend are accused of assaulting the officers outside the home, causing three of them minor contusions and tearing a female officer’s uniform. Rafi Refaeli was arrested while trying to leave the home through a back entrance, according to Ynet. His friend also was arrested.

Rafi Refaeli’s lawyer, Gil Fridman, said his client was arrested unjustly following a noise complaint over a disturbance he did not create, adding his client would be released shortly.

Ilan Azoulay, a lawyer representing the friend, said video footage will prove the two men did not assault the officers but were assaulted by them.

Bar Refaeli, who is considered Israel’s leading female model and was featured on the cover of the 2009 Sports Illustrated Swimsuit Issue, last week gave birth to her first child, a 7-pound baby girl that she and her husband, businessman Adi Ezra, named Liv.