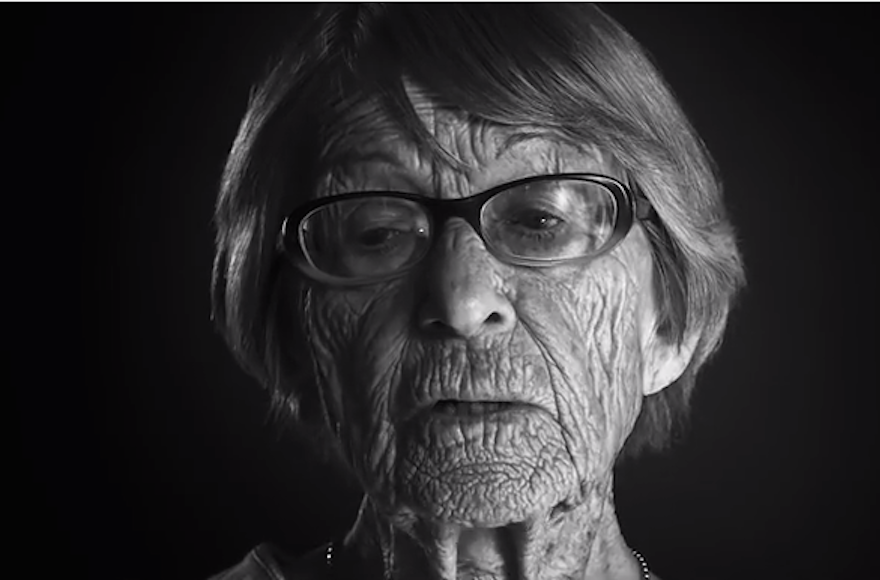 (JTA) — Joseph Goebbels’ former personal secretary reveals what it was like working for Adolf Hitler’s chief propagandist in a new film about her life.

The documentary, “A German Life,” premiered last month at the Munich Film Festival.

Brunhilde Pomsel, now 105, revisited the story — from working for leading Nazis to hiding out in Hitler’s infamous bunker — in an interview with the Guardian published Monday. She expressed little guilt about her role in the heart of “the Nazi propaganda machine,” according to the London newspaper, saying most people who say they would have stood up to the Nazis are mistaken.

“Those people nowadays who say they would have stood up against the Nazis – I believe they are sincere in meaning that, but believe me, most of them wouldn’t have,” she said. “The whole country was as if under a kind of a spell … I could open myself up to the accusations that I wasn’t interested in politics but the truth is, the idealism of youth might easily have led to you having your neck broken.”

Pomsel acknowledged that she was involved in “massaging downwards statistics about fallen soldiers, as well as exaggerating the number of rapes of German women by the Red Army,” but she described it as “just another job.” She fondly recalled Goebbels and his wife and children, and said she was terrified to see his transformation during his infamous “total war” speech in February 1943 in Berlin.

Despite being so close to one of Hitler’s closet confidants, Pomsel claimed to be unaware of the genocide she was helping to perpetrate.

“I know no one ever believes us nowadays – everyone thinks we knew everything,” she said. “We knew nothing, it was all kept well secret.”

As to why she was speaking out now, including for more than 30 hours with the filmmakers, after largely keeping quiet for the past 70 years, Pomsel said: “It is absolutely not about clearing my conscience.”

In the last days of World War II, in April 1945, Pomsel joined Goebbels in Hitler’s bunker, where she said they drank alcohol “to retain the numbness.” She recalled learning that Hitler had killed himself, followed a day later by Goebbels and his wife, who also poisoned their children to death.

Pomsel said she only learned about the Holocaust after returning home, referring to it as “the matter of the Jews.”

She later returned to work as a secretary at the state broadcaster, where she went on to become the director of programming, a high-paying job that required travel. She retired at 60, in 1971.

In 2005, when the Holocaust memorial opened in Berlin, Pomsel inquired for the first time about a Jewish friend, whom she said she knew life had become difficult for under Hitler.

“I went into the information center and told them I myself was missing someone, an Eva Lowenthal,” Pomsel recalled.

A man went through the records and soon tracked down her friend, who had been deported to Auschwitz in November 1943 and declared dead in 1945.