Meet Neta Riskin, the actress and accent coach who taught Natalie Portman to sound like an Israeli 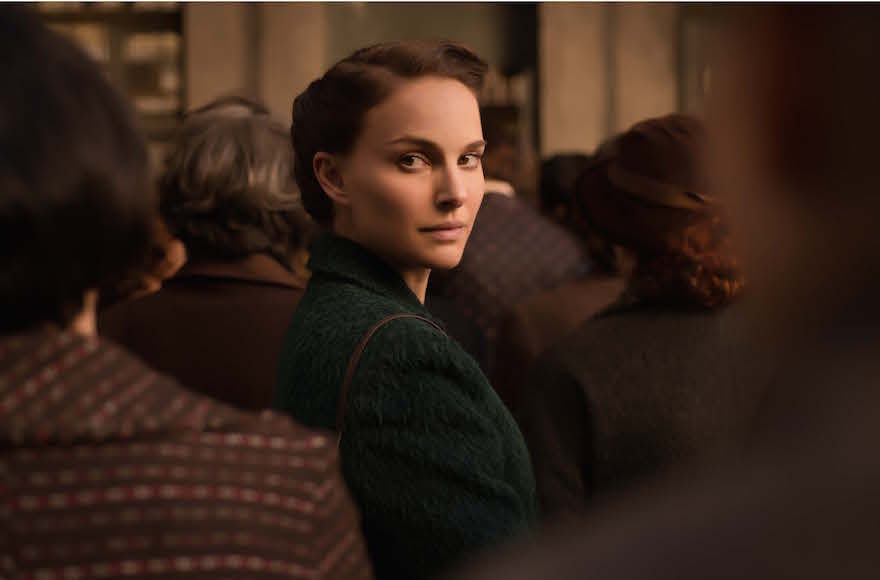 Natalie Portman stars as Amos Oz's mother Fania in her adaptation of "A Tale of Love and Darkness." (Ran Mendelson/Courtesy of Focus World)
Advertisement

NEW YORK (JTA) — While making the film “A Tale of Love and Darkness,” Natalie Portman had to put her palm in front of her mouth, repeat Hebrew words and feel how the air hit her skin.

If Portman felt her breath, it meant she was saying the words in an Israeli accent — or something close to it. Along with directing, writing and starring in the 2015 Hebrew-language film, which hits U.S. screens on Friday, Portman had to learn how to speak like an Israeli housewife in the 1940s.

Portman was born in Jerusalem but grew up in the United States, so her fluent Hebrew came with a heavy American inflection. In the movie, an adaptation of Amos Oz’s 2002 autobiographical novel of the same name, Portman plays Oz’s mother, Fania, a Russian immigrant living in Jerusalem during the time surrounding Israel’s independence in 1948.

To study the accent, Portman hired Neta Riskin, 39, an Israeli actor known for her role in “Shtisel,” an Israeli show about a haredi Orthodox family. For three months during filming, Riskin and Portman practiced daily, covering vowels, consonants, syllable emphasis and sentence flow.

“I can’t tell you how hard it is to act not in your language,” said Riskin, who spoke to JTA while on an acting stint in Germany, where she was performing in both German and English. “It’s like walking with crutches. They’re not your legs. They’re artificial. To do a full movie in that is amazing.”

What made the project more difficult was that prestate Israelis spoke differently 70 years ago than their descendants do today. Back then, Riskin said, the population had a “mixed multitude” of accents, from local Middle Eastern pronunciations to different shades of European. The contemporary Israeli accent, Riskin said, emerged as a composite of all those.

To be true to her character, who originally is from present-day Ukraine, Portman would have had to adopt a Russian accent. But Riskin thought that would sound like a parody next to the neutral accents of the other actors, who were native Israelis.

“The problem with Natalie is that there were Israeli Russian, Polish, Arabic accents that were legitimate accents, [but] there was only one accent that wouldn’t work and it was American,” Riskin said. “We decided to leave something that sounded foreign, but you don’t know where it comes from.”

Most observers, said Riskin, assume the hardest part of an Israeli accent is pronouncing guttural consonants like the “het” and “resh,” which aren’t so much pronounced as gargled. But Portman had no problem with that; she got hung up on the vowels.

While American English has an array of vowel sounds, the Israeli vowel range is limited. So when Americans pronounce a Hebrew word that features the same vowel twice, like “keshet,” which means rainbow, they tend to change the second “e” into a short “i,” so the word almost becomes “keshit.”

“You need to know how to connect the words in a way that it sounds natural, so you don’t sound like a robot,” Riskin said. “In Israel it sounds much simpler to have one vowel, but for Americans it’s a lot harder to get used to.” 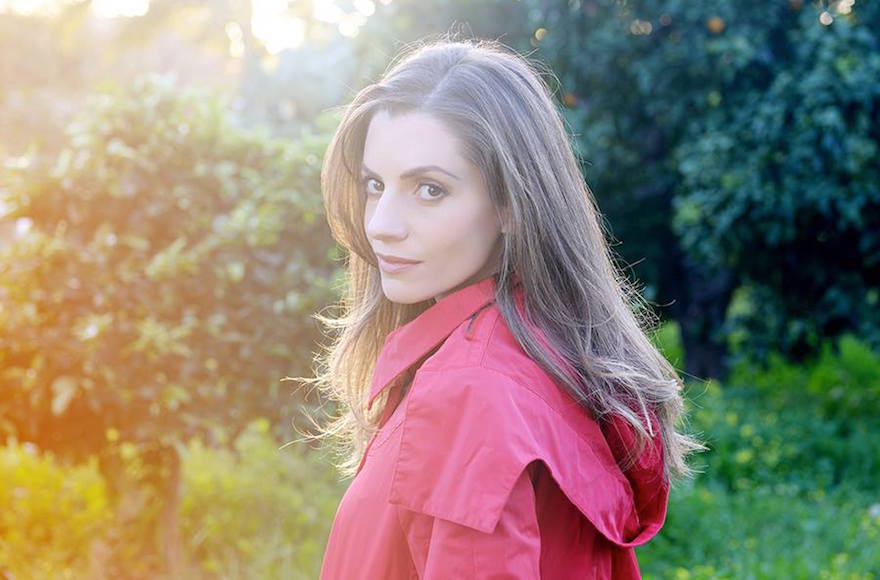 Neta Riskin is an actress who has been featured in popular Israeli shows such as “Shtisel.” (Facebook)

Israeli vowels are pronounced near the front of the mouth, Riskin said, while American sounds come from further back. By putting her palm in front of her lips, Portman could tell how her breath was flowing and where the sounds were coming from.

Riskin also made sure Portman was emphasizing the right syllables and parts of a sentence. While English intonation tends to stay level, Hebrew words and sentences have the emphasis on the last syllable and word. To coach Portman through her word flow, Riskin would have her move her hand along with the word’s undulations, as if she were a symphony conductor.

When a word in the script was difficult for Portman to pronounce correctly, she and Riskin would try to find an easier synonym. The changes fit with Portman’s character, who was meant to speak a relatively basic Hebrew. Her husband, a librarian and author, used more complex words.

Language itself is a theme of the movie. Portman’s character tells stories throughout the film, which also focuses on how words are related. The narrator, Fania’s son Amos, notes the similarity between the Hebrew words for earth (“adamah”), man (“adam”), blood (“dam”), the color red (“adom”) and silence (“d’mamah”).

“We wanted her Hebrew to not be at a high level,” Riskin said. “We wanted everyone to have something a little strange in their language.”

This isn’t the first time Riskin has helped an actor perfect an Israeli accent, but she said the job isn’t in high demand. Hebrew isn’t a widely spoken language outside Israel, and some other actors who portray Israelis don’t seem to care whether they get it right. Riskin was particularly irked by Adam Sandler’s turn in “You Don’t Mess With the Zohan,” a 2008 comedy in which he plays a Mossad agent.

“That drove me crazy,” she said. “That was a Yiddish accent, not an Israeli accent. They speak that way in Brooklyn or in a shtetl, but not in Israel.”

Native speakers of a language, said Riskin, have a quality called “Sprachgefuhl” in German, which means a natural feel for the language’s idioms. It’s impossible to get anyone there in a matter of months, Riskin said, but Portman came close. Riskin said she was “in awe” that Portman not only acted but directed a full film in her second language.

“She needed superpowers to do this all together,” Riskin said. “Even if we cleaned up all of the American characteristics, there would still be a shade of foreignness. If Natalie had stayed in Israel another year, she would have sounded like a sabra.”