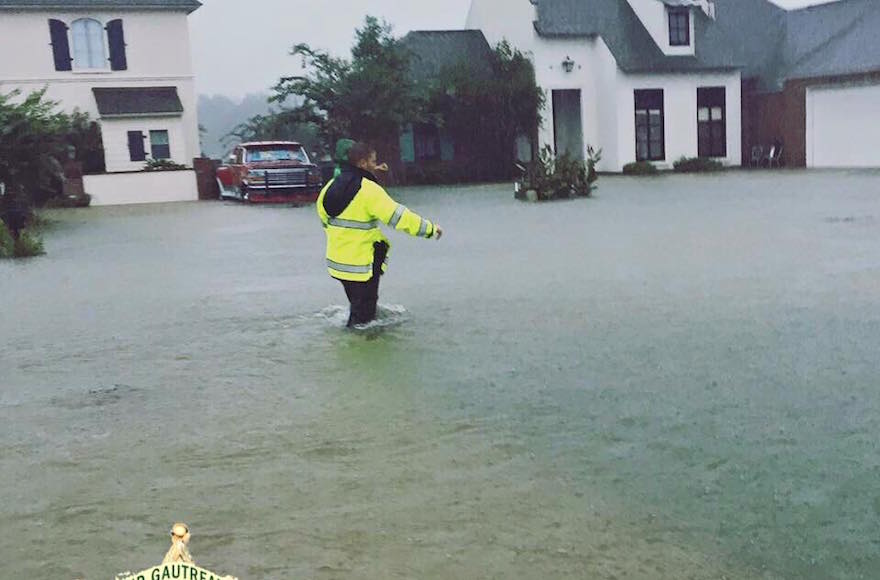 In East Baton Rouge, a deputy carries the child of a fellow deputy to safety during heavy flooding, Aug. 12, 2016. (East Baton Rouge Sheriff’s Office, via Facebook)

(JTA) — North America’s Jewish federations are seeking donations to assist the Jewish Federation of Greater Baton Rouge in providing relief to victims of flooding that has devastated southern Louisiana.

Relentless rains and high waters have claimed more than a dozen lives so far; more than 30,000 people have been rescued since Aug. 12. At least 40,000 homes have been damaged and 20 parishes have been declared federal disaster areas, according to Nola.com.

Staff members from the Baton Rouge federation and many from the local Jewish community were among those forced to flee, according to the Jewish Federations of North America, which established the Baton Rouge Flood Relief Fund.