On World Humanitarian Day, Jews don’t have to choose between ‘us’ and ‘them’ 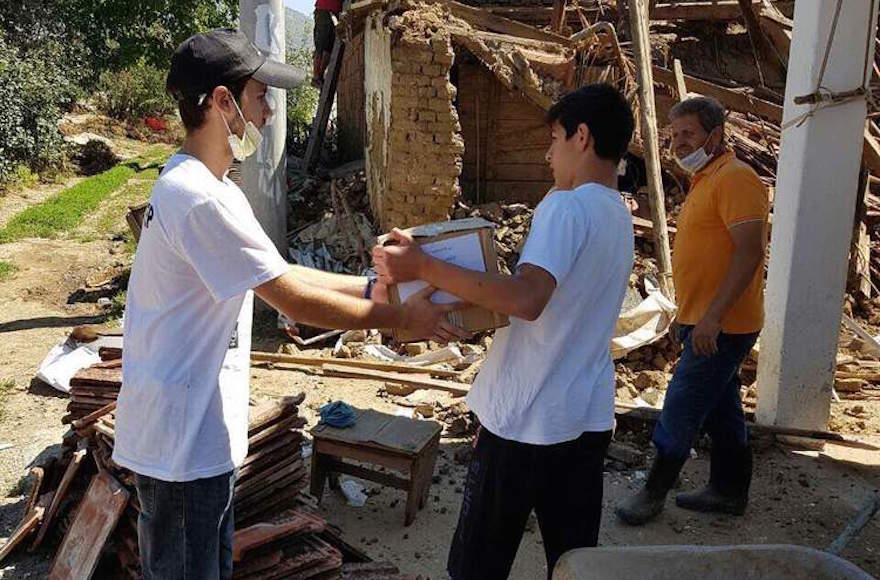 A volunteer delivering hygiene relief kits to Macedonians affected by a devastating flood that hit the region in August 2016. The relief effort was organized by the American Jewish Joint Distribution Committee, the Jewish Community of the Republic of Macedonia and the Holocaust Fund of the Jews from Macedonia. (Courtesy of JDC)

NEW YORK (JTA) — Earlier this week, a tiny but thriving Jewish community in the Balkans – the 250-person remnant of a majority Sephardic community nearly decimated by the Holocaust – reached out to its neighbors to provide relief to thousands in the wake of devastating floods.

Operating without concern for faith or background, Macedonia’s Jews felt the pain of those around them and took it upon themselves to help heal their fellow citizens in a time of great need. The irony is that in a time of growing fear and fatigue around so many challenges we face, both as Jews and global citizens, a humanitarian spark remains and drives Jews to engage their communities, countries and wider world to solve deep problems that seem overwhelming and, in some cases, impossible to address.

On Friday, millions around the globe, especially those in the international NGO and philanthropic community, will mark World Humanitarian Day. Campaigns to aid refugees, stop human trafficking, stem child poverty, provide clean water or free internet access to the needy will dot the social media and news landscape. Feel-good stories will remind us that change is possible and philanthropy, advocacy and activism can change the world for the better.

In many cases, these efforts are supported or led by Jews, Jewish communities, and Jewish and Israeli organizations. Despite rising anti-Semitism, growing extremism and terror, and major shifts in the economy and global order, they are still inspired to align themselves with humanitarian causes and engage in the work of aiding the neediest or those in crisis in the Jewish people’s name.

Such work was on vivid display at the World Humanitarian Summit in Istanbul earlier this year when the Israeli and Jewish contingents represented this contribution to the wider world. But we didn’t do it as outsiders, rather as experts and part of the fabric of responders to global catastrophe.

This participation was especially poignant when Benjamin Laniado, the president of Cadena — the Mexican Jewish relief agency — spoke at the special session titled “Faith and Humanitarian Aid.” In Spanish, he described movingly to the global clergy who gathered the Jewish values of tikkun olam and tzedakah — values that reinforced the global humanitarian principles being discussed at the summit. 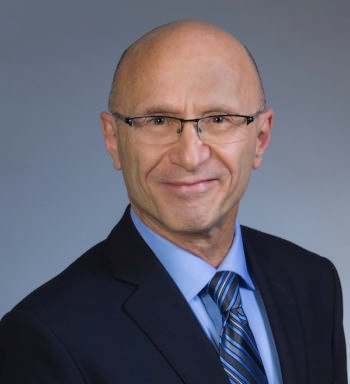 Such commitment is an antidote to the helplessness many of us feel in the face of heartbreaking headlines and atrocity. It also upends societal trends that favor turning away from crisis, solely focusing on ourselves, to put “us” before “them.”

Of course we in the Jewish world are familiar with that struggle. Balancing the needs of “us” and “them” is often present in our communal debates, even when arguing the primacy of domestic Jewish issues versus those overseas. But as the representative of an organization that was founded and continues to serve Jews in need, I argue that such divisions are false and impede progress toward healing lives and empowering people.

After all, the Jewish people have a firmly ingrained sense of obligation in the concept of “arevut,” shared mutual responsibility among Jews. History, and necessity, have persuaded us to take the lessons learned from that ideal and, in turn, reach out beyond our communal walls to help those in distress.

In ancient times, through today, arevut meant responsibility to our local Jewish communities and the wider Jewish world. But over the last century especially, we have also been proudly at the forefront of efforts relieving human suffering wherever it may be.

This is why so many Jews want to ensure that when a disaster strikes or humanitarian needs grow – in Nepal, in the Philippines, in Haiti or among Syrian refugees – there is a Jewish response representing our dedication to humanity’s health, safety and welfare. It may be a small response compared to the sometimes outsize nature of the need, doing what we can as efficiently and wide-ranging with the dollars we receive, but in the end we answer the call with a resounding “Hineni” — I am here!

This is the reaction of a people all too familiar with dire need, with violent persecution and with the agonizing realization that there was no one else to turn to when the time was critical to find a helping hand.

So at the same time as we sustain the Jews of Ukraine; empower Europe’s Jews to navigate financial collapse, hate and terror, and help Israelis build their future despite a dangerous neighborhood, we have also come to the aid of countless hundreds of thousands of people — those we didn’t know, those with whom we didn’t share a faith or culture, and those who might never even know it was a Jew who helped them in their time of need.

And we don’t do this just because it is the right thing to do or because our history and tradition encourage humanitarian care. We do it also because embracing this duality makes us stronger as a people and more prepared to handle a complex reality with many real threats.

It’s a lesson worth learning in a world growing more precarious by the day — when repairing the world, for Jews and for others, is not just powerful rhetoric but essential action to overcome divisiveness and build a better tomorrow.

(Alan H. Gill is the CEO of the American Jewish Joint Distribution Committee.)