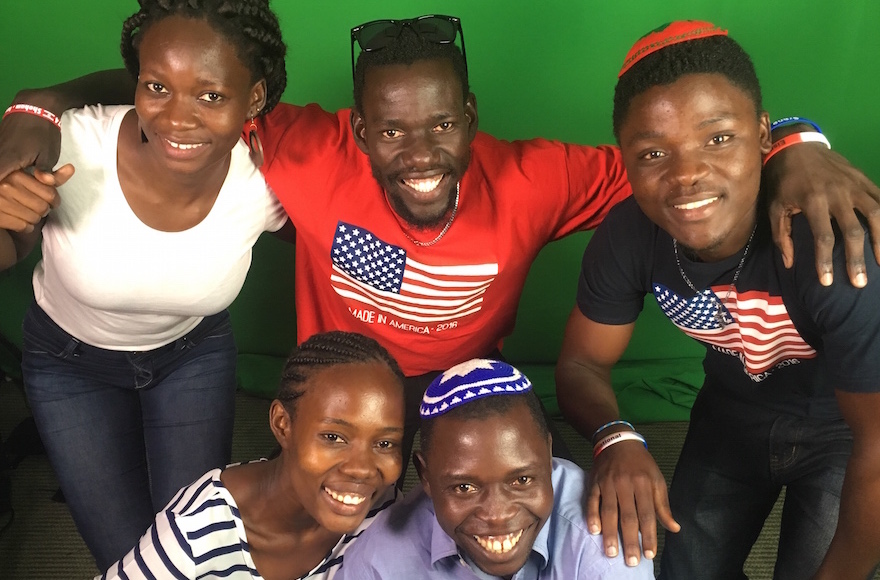 NEW YORK (JTA) — Growing up in Uganda, Sarah Nabaggala would often have to walk to a well to retrieve drinking water. Shoshana Nambi, from the same village, Mbale, remembers a childhood where they had little and wasted nothing.

So Nabaggala was surprised when the kids at Camp Coleman, a Reform Jewish overnight camp in northeastern Georgia, complained about bunks with hot showers and ubiquitous taps with running water. Nambi had trouble watching her campers leave behind towels, socks and even shoes at the beach.

“The kids had so much stuff with them,” said Nambi, who ran programs at Camp Coleman this year. “So many clothes, so many piles of towels, and parents kept sending them care packages of bubble gum and nail polish paint and stuff like this. It was really funny to see that.”

Nambi and Nabaggala, both in their second year as staff at Coleman, were two of 13 Ugandan Jews who came to the United States this summer to work as counselors at Reform overnight camps. They are part of an initiative by the Union for Reform Judaism to strengthen connections between Ugandan and American Jews.

“This may have been the first time they realized there were Jews in a place like Uganda,” Dan Lange, URJ’s associate director of camping, said of the campers. “Our commitment is to exposing the kids to global Jewry — not only to know they exist, but to interact with them.”

The counselors received free flights and visa sponsorships from URJ, as well as a salary. Before they arrived, the Ugandans received advance training on American culture from Jewish Agency for Israel staff, who also tutor Israeli camp counselors. 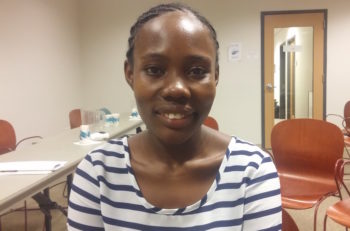 All of the Ugandan counselors came away from camp saying the same things that American counselors and campers say year after year: They loved their friends and want to go back.

But they still experienced culture shock, from the cabins to the cafeteria to the soccer field.

Used to playing soccer with a ball made of recycled bags, the Ugandans marveled at the variety of sports at camp. Accustomed to fresh meals prepared over the course of hours, they had to adjust to food from the fridge ready in minutes. In Uganda, they were never on a schedule. At camp, they had to abide by fixed periods and planned activities.

A few of the counselors remembered their campers routinely leaving food uneaten on the table — something unthinkable in Uganda that they warned the American kids against. But other times the meals seemed too small.

“One day at camp, in the first week, we had salad and sandwiches,” said Yonatan Loukato, a counselor at Eisner Camp in the Massachusetts Berkshires. “We didn’t eat much. We thought maybe real food is coming. Then we heard them sing the prayer for finishing food.”

Campers were curious about life in Uganda, the counselors said, asking about everything from the daily rhythm of the villages to African wildlife. Each of the six camps where the Ugandan counselors worked held at least one event — a panel or similar program — where they could tell the campers about their home country.

“They had fun questions about animals,” Nambi said. “They’re all very disappointed that I don’t have lions or something.”

The Ugandan counselors also were surprised at how the campers interacted with them. In Uganda, a few of the counselors said, adults tell children what to do and the children listen. At camp, giving the kids instructions involved a constant negotiation. Some counselors found the dynamic jarring. Others said it showed how confident and analytical the kids were.

“The kids in Uganda, when you tell them to do something, they do it immediately,” Nabaggala said. “People were very outspoken here and pretty assertive.”

Once they acclimated, the counselors said, they came to enjoy the American Jewish mainstay of a summer of lakes, tents and Shabbat services. A few learned how to swim at camp. Samuel Matiya Kigondere, who also worked at Eisner, looked forward each week to “Shabbuddies,” a Shabbat program where two people would spend the day getting to know each other. Loukato loved that the whole camp wore white on Shabbat — a practice he plans to continue back home.

The counselors said they plan to stay in touch with the campers and their families once they return to Uganda. In one case, the families of campers from the Greene Family Camp in Texas donated money to dig a well for a Ugandan Jewish community. Another camp’s families raised money to purchase water filters to send to Uganda.

“Everyone is welcoming,” Loukato said. “I happened to make a lot of friends, regardless of age or race. I felt at home.”