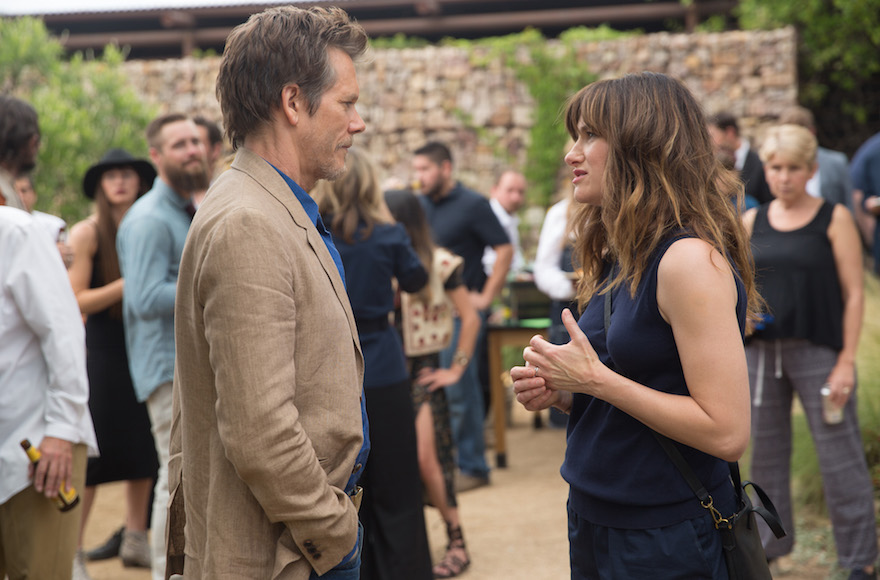 Jill Soloway’s “Transparent” is one of the most authentic portrayals of Judaism on television. The third season of the acclaimed series about the Pfefferman family will start streaming on Amazon on Sept. 23.

Until then, however, you can watch the pilot of Soloway’s new show, “I Love Dick,” also on Amazon. This one, co-created with Sarah Gubbins, also has Jewish intellectuals at its center — though here the story plays out in the very un-L.A. setting of West Texas.

Based on the 1997 feminist novel of the same name by Chris Kraus — though the show takes several liberties in its adaptation — “I Love Dick” takes place in the arts community of Marfa, Texas. Sylvére (played by Griffin Dunne) moves there for a fellowship and his wife, filmmaker Chris (Kathryn Hahn, who plays Rabbi Raquel in “Transparent”), accompanies him, with plans to stick around only until her film premieres at the Venice Film Festival.

But her film is pulled from the festival and Chris remains in Texas. She accompanies her husband to a party and becomes infatuated with Dick (Kevin Bacon), a cultural theorist whose name is apropos given his behavior in the first episode. Instead of heading home to New York, Chris decides to stay in Marfa to take Dick’s seminar.

The pilot was released on Aug. 19, along with “The Tick” and “Jean-Claude Van Johnson,” as part of Amazon’s comedy pilot season, during which viewers can watch shows that Amazon is considering and vote for their favorite.

With the success of “Transparent,” it’s pretty likely that “I Love Dick” will be picked up for a full season. And we really hope it does. Here are seven reasons why we need more “Dick.” 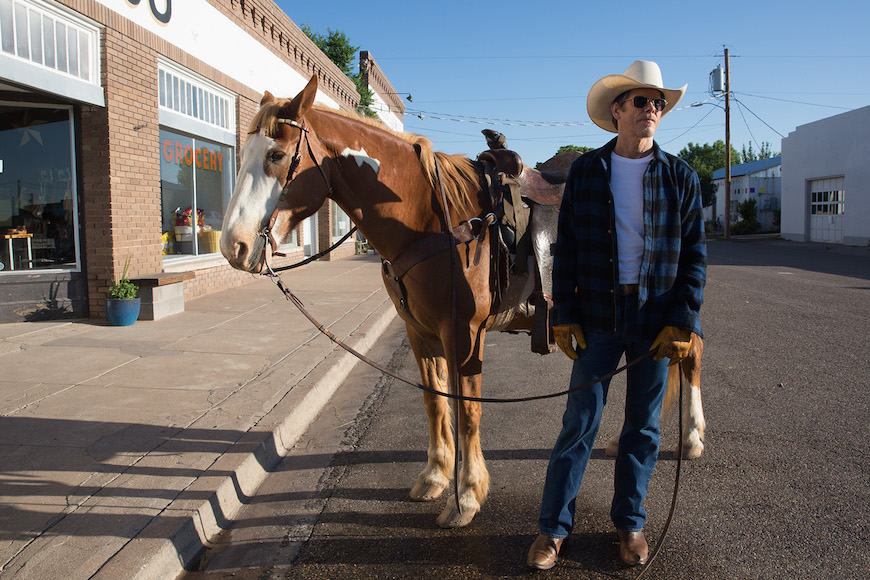 The protagonist is a Jewish woman

On “Transparent,” the characters are not religious, but Judaism is a part of who they are and is in the DNA of the show. In “I Love Dick,” Chris and Sylvére are Jewish, too, so it will be interesting to see how their religion and culture is portrayed. It’s likely to be a prominent theme, considering that Soloway recently told Vulture: “I only want to write about somewhat unlikable Jewish women having really inappropriate ideas about life and sex.”

It dares to send up the Holocaust

Sylvére is a Holocaust scholar: “I’m reinterpreting the Holocaust,” he says. “There’s something new afoot.” So far, his profession is played for laughs, riffing on the arrogance of his belief that he’s found something new about the Holocaust. Will the series continue to skewer intellectualism? Is there is any merit to Sylvére’s work? We need to know.

We love Hahn in “Transparent,” and we get even more of her here. Within a single episode, her Chris character is fully formed: vulnerable, sexy, funny, silly, miserable and, above all, completely believable. She is reason enough to keep watching, but the rest of the cast is great, too. Bacon gives Dick a swagger that makes us understand how Hahn falls for him, despite his sexist ways, and Roberta Colindrez (who plays Joan in the Tony Award-winning musical “Fun Home”), intrigues us as Chris’ neighbor, Devon.

The details are perfect

If you had any doubt that a TV show could be a work of art, “I Love Dick” will quash them. Each frame of the pilot is exquisitely put together, and the music — such as Mexican-American singer-songwriter Lhasa De Sela’s “El Pajaro” — works perfectly with both the Marfa setting and the emotional lives of the characters. 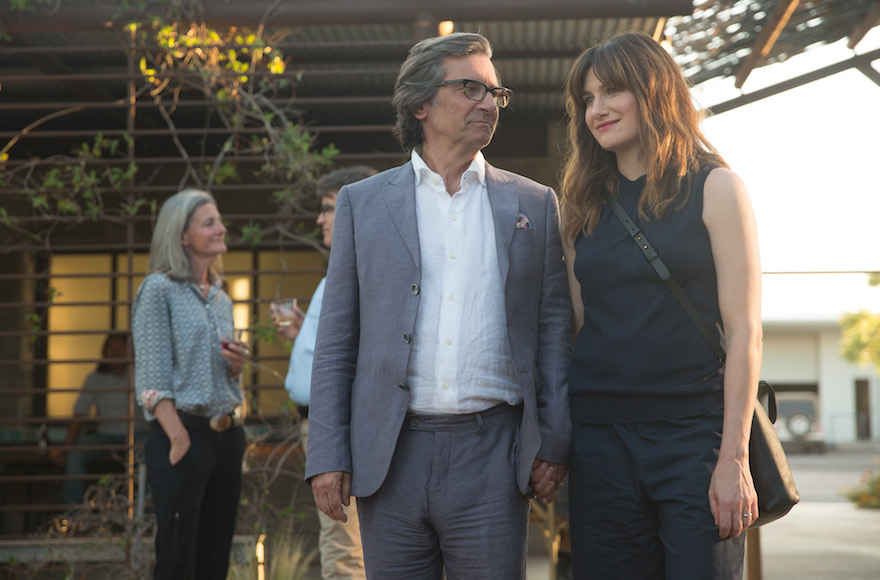 Griffin Dunne, left, and Kathryn Hahn star in “I Love Dick,” about a Jewish couple in Texas. (Courtesy of Amazon Studios)

Lines from Chris’ letters to Dick appear in large letters across a red backdrop as Hahn narrates. “This is about me missing you even though I’ve never met you,” one reads. It’s a gripping aesthetic choice — between the writing and Hahn’s performance, the show promises to deliver an accurate depiction of obsession from the female perspective (itself a rarity).

There’s a compelling ‘play within a play’

Neighbor Devon announces she is writing a play: “It’s about a couple from New York,” she says. “It’s not about a couple. It’s about a woman. And she hates herself. And her husband, he kind of hates her, too. And the play is about them figuring it out.” It’s very meta — but how will it play out? Will the play reflect the show’s plot, or will it diverge? We’ll never know unless it gets picked up.

Not to reduce all the nuances of this show to a double entendre, but you have to admit: There is a lot of fun to be had with that title.

The Jewish TV show you should be watching: ‘Crazy Ex-Girlfriend’