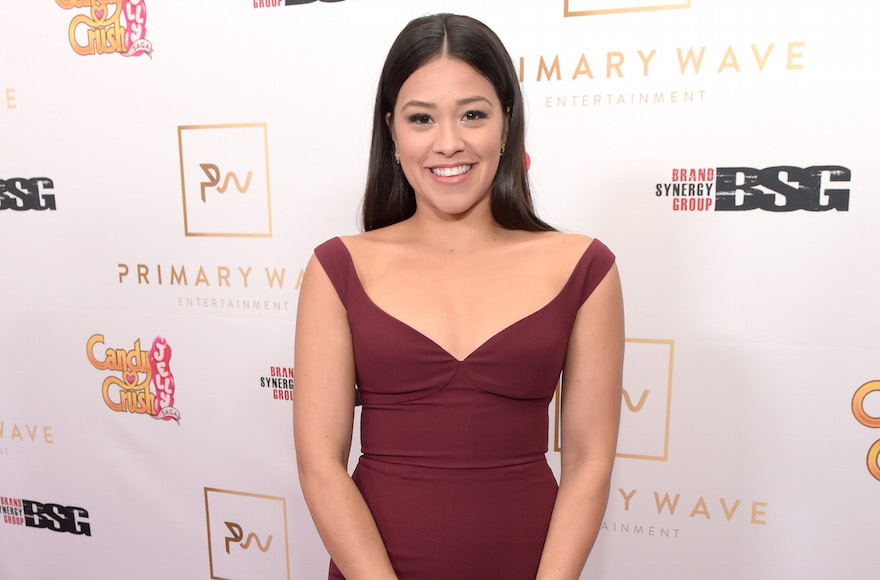 Gina Rodriguez, a trailblazer for Latinos in the entertainment industry, said she looks to Jewish actors for inspiration.

“One thing that I love about Jewish culture is that anthill effect. Every ant brings food to the anthill and everybody eats,” Rodriguez told Latina Magazine when asked about how Hispanics help each other in Hollywood.

“Sadly our culture has been living the crab-in-the-barrel effect. We’re so afraid there isn’t enough room for all of us that we fight to get to the top. We don’t need to do that. There’s room for all of us. We’re stronger in numbers,” said Rodriguez, who is of Puerto Rican descent.

Rodriguez’s source of inspiration may not be completely random. The actress has Jewish ancestry, and her sister converted to Judaism, according to the Hollywood Reporter.

The actress, who is known for her role as the titular character on the CW’s hit TV show “Jane the Virgin,” has made it her mission to break down barriers for Latinos in Hollywood.

Before being offered the role in “Jane the Virgin,” she turned down an offer to star in Lifetime’s “Devious Maids.”

“Jane the Virgin” offered Rodriguez the opportunity to embrace her Latina identity on screen without pandering to stereotypes. The comedy-drama show touches on issues of importance to the Hispanic community, such as the status of undocumented immigrants.

While Latinos make up 17.6% of the U.S. population, according to 2015 census findings, only 5.8% of speaking characters in films and TV shows produced by 10 major media companies are Latino, a recent study found.

Representations of Jews in the entertainment industry are commonplace today, but this wasn’t always the case. There were many Jews working in Hollywood in the 20th century, but few Jewish characters made it onto the big screen before the 1960s and those who did often relied heavily on stereotypes.