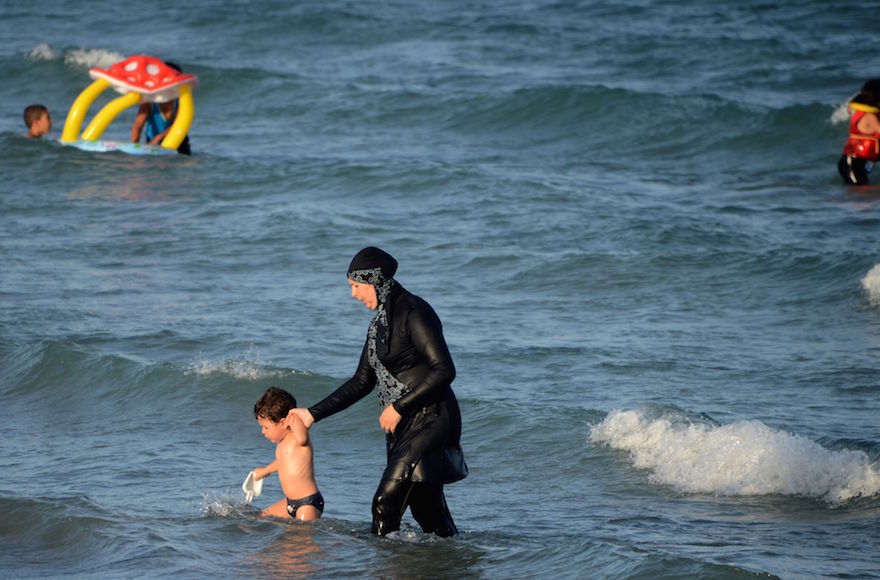 (JTA) — The highest administrative court in France overturned the ban on burkinis by at least 30 municipalities, calling them unconstitutional.

The French Council of State made its ruling on Friday following a polarizing debate about the full-body swimsuits favored by Muslim women. The bans were put in place a little over one week ago and have divided France, which is struggling to balance freedom of worship with its attachment to other liberal values — including the fight against radical Islam and the oppression of women.

The court ruling was specific to the Riviera town of Villeneuve-Loubet, but the decision is expected to set a legal precedent for the 30 or so resort towns that have issued similar decrees.  Lawyers for two human rights groups challenged the legality of the ban, saying it infringed basic freedoms and that the towns’ mayors have far overstepped their powers by dictating what women can and cannot wear on beaches.

The mainstream representative organs of French Jewry have remained uncharacteristically silent on the burkini issue even as the Board of Deputies of British Jews complained Wednesday about reports of “police harassment” of Muslim swimmers in Nice. It was an unusual move for the board, which rarely comments on foreign issues without consulting the relevant Jewish communities.

French Prime Minister Manuel Valls has defended the burkini ban as a countermeasure against “a political project … to perpetuate female servitude.” The ban and its enforcement have angered millions of Frenchmen who regard it as a gross infringement into the private realm and unwarranted discrimination toward Muslims.

A senior rabbi, Moshe Sebbag of the Grand Synagogue of Paris, acknowledged in an interview with JTA on Tuesday the reluctance of other French Jewish leaders to speak out on the issue.

But Sebbag ultimately defended the bans, whose supporters, he said, “understand today there’s a religious war, a takeover of the secular establishment of the French republic, and this is what they find unacceptable.”

Asked if he agrees with the burkini bans, he said: “Yes, because you see that going with it [a burkini] is not innocent, it’s sending a message.”