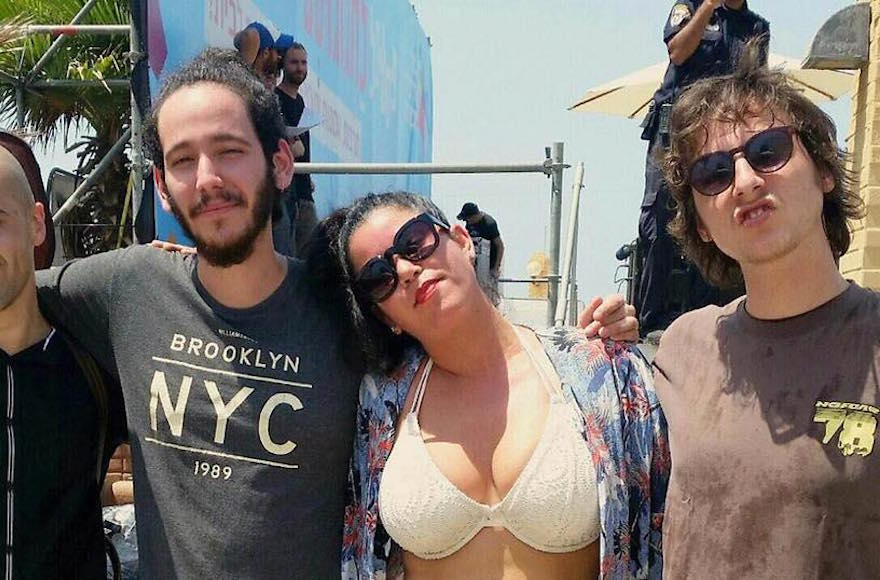 JERUSALEM (JTA) — A female Israeli singer refused to halt her performance at an Ashdod beach after being asked to close a shirt she was wearing over her bikini top.

Concert organizers ended the performance Friday at a government-sponsored music festival in southern Israel after Hanna Goor declined the request, The Times of Israel reported, citing Israeli news reports. The free concert was not well attended, according to reports.

Goor, a contestant on the Israeli music reality show “A Star is Born” in 2004, was in the middle of her second song in a scheduled half-hour performance when she was asked to leave the stage.

“I cannot accept the double standard where people are invited up from the beach to attend a performance but I’m not permitted to perform in a swimsuit,” Goor told a local news website, Ashdodnet, according to The Times of Israel. “It wasn’t a provocation but simply a matter of comfort. It’s summer, it’s hot and we were at the beach. All over the world there are festivals where artists appear wearing whatever they want.

She also told Ynet: “Perhaps if my chest were smaller this wouldn’t have happened.”

Goor’s performance “did not respect the audience,” the Culture and Sport Ministry said.

The incident comes on the heels of the decision by some 30 French municipalities to ban the burkini, a full-body swimsuit worn by Muslim women, from public beaches. A French court on Friday ruled that the ban is illegal.