Muslims look to Jewish example in campaigning for school days off 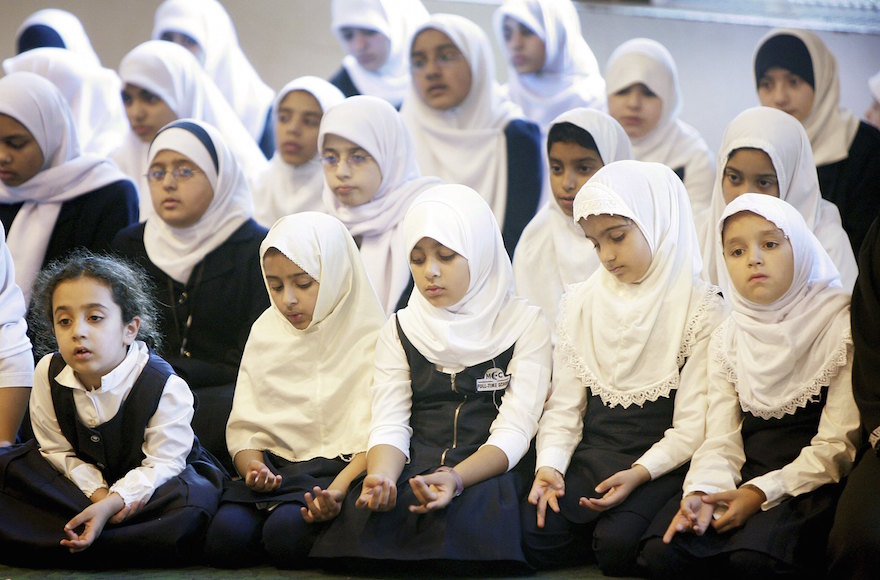 NEW YORK (JTA) — When Jessica Abdelnabbi-Berrocal wanted her local public schools in Jersey City, New Jersey, to close for the Muslim festival of Eid al-Adha in September, she looked to her Jewish heritage.

The daughter of a Sephardic Jewish mother and Catholic father, Abdelnabbi-Berrocal never had any trouble celebrating the holidays of both religions as a public school student in Queens, N.Y. Her schools were closed for the High Holidays, as well as for Christmas and Easter. She remembers learning about dreidels in class.

But Abdelnabbi-Berrocal, who converted to Islam at 20, has faced the difficulty of sending her own child to public school on holy days. To celebrate Eid, which commemorates Abraham’s binding of his son, her 13-year-old daughter must choose between classroom and mosque.

Two years ago, Abdelnabbi-Berrocal’s petition asking the Jersey City Board of Education to designate Eid as a day off fell flat. But after attending the board’s monthly meetings, organizing 200 Muslim parents to show up at one of the meetings and receiving advice from a supportive local rabbi, she succeeded with a second petition: Jersey City students will be off on Sept. 12, allowing the Muslim kids to celebrate Eid. 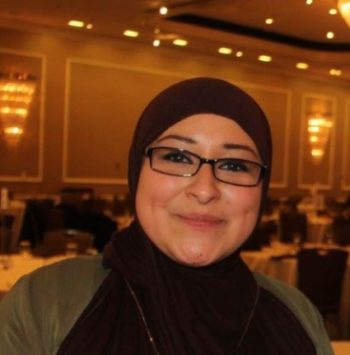 “I told them we’re not asking for a lot — it doesn’t happen every year, like Christmas, like Easter,” Abdelnabbi-Berrocal said, referring to the Muslim calendar’s lunar cycle, which leads to holidays falling on different Gregorian dates each year. “We’re living in a multiracial society now. I believe we should be very inclusive.”

Jersey City is the latest in a string of school districts to give students a day off for Eid. Last year New York City, just across the Hudson River, announced it would close its schools for the festival. Philadelphia and several districts in New Jersey and Maryland will do so for the first time this year. Other U.S. cities with large Muslim populations, such as Dearborn, Michigan, have long had days off.

In advocating for Eid, Muslim activists cite the precedent of Jewish Americans, another religious minority, and the days off given for Rosh Hashanah and Yom Kippur, which this year fall a few weeks after Eid.

In at least a couple of places, the Jewish and Muslim communities have worked together to ensure the schools are closed for the holidays of both faiths. Rabbi Debra Hachen of Temple Beth El in Jersey City helped Abdelnabbi-Barrocal by advising her on strategy and writing a letter to a Board of Education member.

“We view it as a natural result of the growth and maturity of the American Muslim community,” said Ibrahim Hooper, a spokesman for the Council on American-Islamic Relations. “The community has reached a status where it has a large number of school-age children. It’s only natural that Muslim students receive similar religious accommodation to other students in the school system.”

But some Jewish officials, including Hachen, caution that schools should not take off for one religious holiday just because they already close for another. In order to square with the First Amendment, public schools can shut down on religious holidays only if otherwise a large proportion of students or teachers would be absent. A school where only a few Jewish students per class would be absent, for example, should not close on Yom Kippur.

“From a constitutional perspective, a school should not be closing for any religious holiday, be it Jewish, Muslim or Christian,” said David Barkey, the national religious freedom counsel for the Anti-Defamation League. “What I’m seeing more and more is that people are viewing whether a school closes or doesn’t close as an affront to their religion, and that shouldn’t be the issue.”

One community occasionally takes umbrage when another appears to receive what they deem as preferential treatment. When the Jersey City school board discussed closing for Eid last year, some Jewish parents complained that their kids weren’t getting off for Rosh Hashanah and Yom Kippur. For various reasons, the board decided not to close schools that year.

Policies on school closings vary by district and are decided by school boards, and schools are prohibited from surveying their students’ religions. So there is no exhaustive list of which public schools close for which holidays, nor is there universal criteria or an established threshold for the percentage of students needed to close a school on any one holiday.

But small populations have not stopped some communities from campaigning for days off. In Howard County, Maryland, when the Board of Education considered having school on the High Holidays, the Jewish, Muslim, Chinese and Hindu communities banded together to successfully demand the school close for all their major holidays. In the 2016-17 school year, students will be off for Rosh Hashanah, Yom Kippur, Eid, the Chinese Lunar New Year and the Hindu festival of Diwali.

“If you’re a Jewish kid and your school is closed on Good Friday and not Rosh Hashanah, you don’t care about the explanation,” said Michael Meyerson, a law professor at the University of Baltimore who supported the Howard County campaign. “All you know is your religion doesn’t count.”

Two years ago, before Jersey City gave a day off for Eid, Abdelnabbi-Barrocal persuaded her daughter, a good student, to miss an exam to celebrate the holiday. The teacher gave her a zero on the test; the family fought to reverse the grade.

“I remember growing up being Catholic and Jewish, and from a background knowing we celebrated different types of holidays,” Abdelnabbi-Berrocal said. “When I decided to convert at a very young age, I never saw having the same equality as the Jewish religion, as the Catholics or Christians.”

In Jersey City and elsewhere, that’s beginning to change.