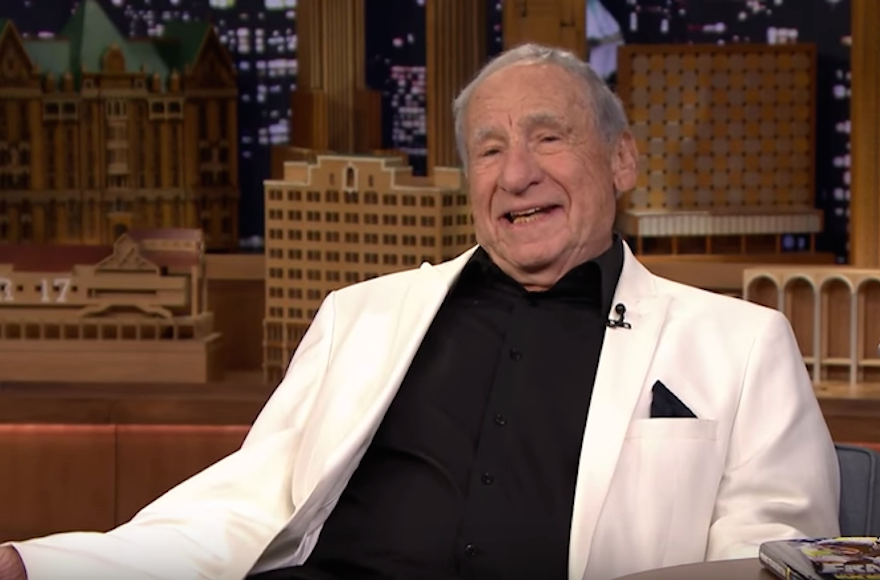 Mel Brooks and the late Gene Wilder — who collaborated in films such as “Blazing Saddles” and “Young Frankenstein” — had a famously close, decades-long friendship.

When Wilder passed away on Monday, Brooks was one of the first celebrities to offer a Twitter eulogy, calling him “one of the truly great talents of our time.”

Brooks got more specific on “The Tonight Show” Tuesday night, dishing to Jimmy Fallon about everything from how he met the fellow Jewish comedy legend to how Wilder cried when he saw the script for “The Producers.”

Brooks, who is 90 but still oozes energy and a manic sense of humor — he interrupted the interview at one point to stand up and mock Hitler’s mustache using a hair comb — recalled how he told Wilder about the idea for “The Producers” before he had the financial backing to follow through with it.

“He said…‘You’re doing a play about two Jews who are producing a flop instead of a hit, knowing they can make more money with a flop, and the big number in it is “Springtime for Hitler.” Yeah, you’re going to get the money,’” Brooks said, noting Wilder’s sarcasm.

When Brooks finally did secure the money for the movie, he surprised Wilder in his dressing room, where he was preparing to act in a play, with a copy of the script. Instead of laughing this time, Wilder broke down in tears of joy.

Watch the full clip, which includes more touching Brooks and Wilder stories, above.