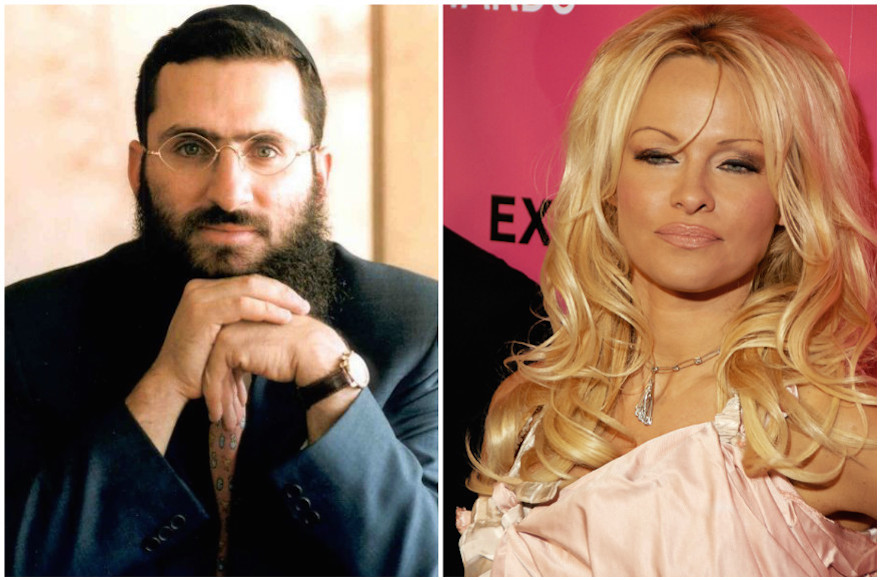 Shmuley Boteach and Pamela Anderson linked the latest Anthony Weiner scandal to what they call the dangers of pornography. (Wikimedia Commons)
Advertisement

(JTA) — Rabbi Shmuley Boteach and former Playboy model Pamela Anderson wrote an Op-Ed together on what they called the “devastation” caused by ubiquitous online pornography.

Boteach, an Orthodox rabbi, and Anderson, a sex symbol also known for her role in the ’90s television series “Baywatch,” linked their piece to the latest Anthony Weiner scandal. Weiner’s wife Huma Abedin announced Monday that she was separating from him after reports uncovered a suggestive photo indicating that the former congressman was continuing to engage in the “sexting” activities that forced him to resign in disgrace in 2011.

“From our respective positions of rabbi-counselor and former Playboy model and actress, we have often warned about pornography’s corrosive effects on a man’s soul and on his ability to function as husband and, by extension, as father,” the pair wrote in the article, which appeared in The Wall Street Journal on Wednesday.

“This is a public hazard of unprecedented seriousness given how freely available, anonymously accessible and easily disseminated pornography is nowadays,” the Op-Ed continued.

“Yet his behavior squares with what we have observed with all too many men, especially in the U.S. or other Western countries that enjoy liberal values and material prosperity,” they write.

Boteach, 49, a onetime TV reality show host and Republican congressional candidate, is the author of “Kosher Sex: A Recipe for Passion and Intimacy,” a guide to how modesty and restraint can enhance sexuality within marriage. In 2001, he participated in a public debate on pornography with Lindsey Vuolo, Playboy’s first Jewish model.

Anderson, also 49, was involved in a sex tape with Motley Crue drummer Tommy Lee, her then husband, which was stolen and leaked to the internet in 1995.