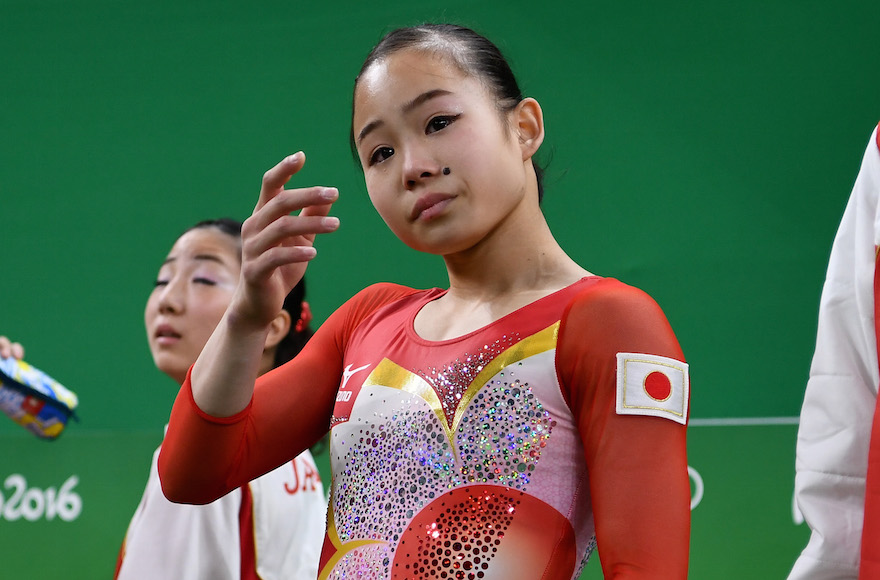 (JTA) — A Jerusalem rabbi said he would seek royalties from Japan’s delegation to the 2016 Olympics in Rio de Janeiro for its allegedly unauthorized use of a melody he composed.

Rabbi Baruch Chait, according to the Shirunt website of Israeli songs, composed the melody to the popular song “Kol Ha’Olam Kulo Gesher Tzar Me’od” to words attributed to the late founder of the Breslover Hasidic movement, Rabbi Nachman.

A recording of the melody, played by a klezmer band, featured in the performance of Sae Miyakawa, a 16-year-old Japanese gymnast in the Rio Olympics, that ended on August 22.

But in an interview published Thursday by Ynet, Chait said that the gymnast never asked his permission to use the song, which he added he never would have granted because he considers her performance immodest and incompatible with the values promoted by the 18th-century rabbi who is believed to have been the author of the lyrics.

“It’s a disgrace,” the 70-year-old rabbi told Ynet, adding he will “fight for what he is owed” in terms of royalties. “This was not exactly the intention of Rabbi Nachman of Breslov, to have his words play at the Olympics,” he said of the routine, which featured only the melody of the song. “And it’s not very modest.”

As a head of a yeshiva, a religious seminary, he said, he finds the use of his melody “inappropriate. Clearly, this is a matter of sanctity that cannot be used for just anything. It is known in Hasidic circles that melody also has sanctity.”

The lyrics of the song translate as, “The world is a narrow bridge;
the important thing is not to be afraid.”