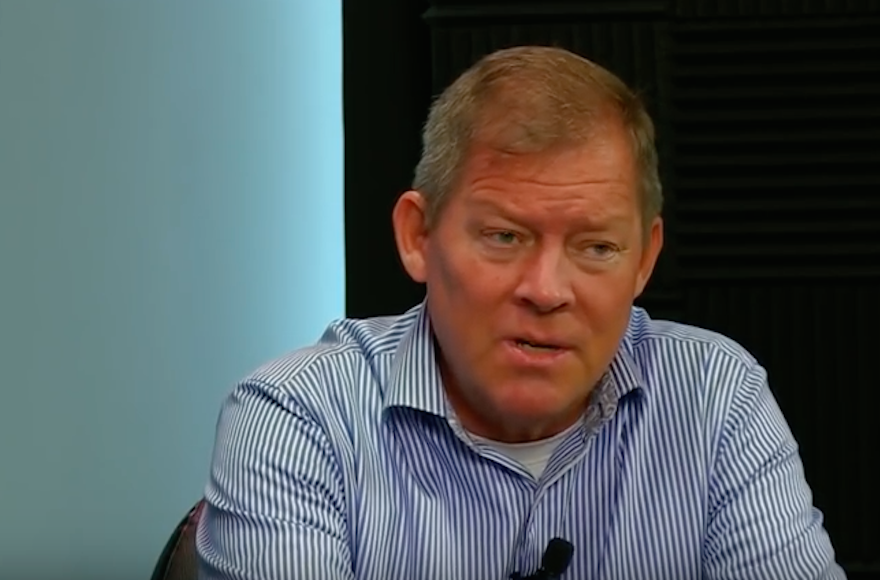 NEW YORK (JTA) — An author who has blamed Israel and the Jews for 9/11 will speak in Brooklyn at a workspace for progressive groups.

Christopher Bollyn will speak Wednesday about “9-11 and Our Political Crisis” at The Brooklyn Commons.

The description for the event, which was reported on by the progressive Jewish site Jew School, calls 9/11 a “false flag terrorist act” and says “Bollyn’s message is a rare voice exposing the neocons and their Zionist partners-in-crime who had the means, motive, and opportunity to pull off this game-changing event.”

Bollyn was one of the first people to promote conspiracy theories linking the 2001 terrorist attacks with Jews and Israel, according to the Anti-Defamation League.

On his website, he accuses Jews of controlling the government and the media, and quotes “The Protocols of the Elders of Zion,” a notorious anti-Semitic screed that purports to describe a Jewish plan for world domination.

Nine organizations affiliated with the venue condemned the event.

“[W]e reject the anti-Semitic politics of Christopher Bollyn,” read a statement by the groups. “We do not have any say in event booking and management at the Commons but agree that such politics should have no place in leftist spaces.”